The Linux Mint team has reached yet another milestone in development of their most impressive desktop environment, Cinnamon. Version 4.4 is now available on GitHub. Let's check out what to expect in this version of the DE.

Cinnamon is Linux Mint's flagship desktop environment. Started as a Gnome 3 fork, now it is fully independent. Cinnamon brings modern technologies to the Linux desktop while retains the classic desktop paradigm with the taskbar, the app menu, and traditional window management.

Cinnamon 4.4 comes with HiDPI improvements made to icons. For example, icons in the Language settings dialog that were looking blurry on HiDPI screens should look crisp now.

Cinnamon 4.4. includes a new XAppStatus applet and a new XApp.StatusIcon API. Both implement an alternative mechanism for creating tray icons for apps. XApp.StatusIcon solves issues caused by the obsolete Gtk.StatusIcon, which was created with 16-pixel tray icons in mind.  It has poor HiDPI support and is not compatible with GTK4 and Wayland. Gtk.StatusIcon also forces icon rendering on the application side, without involving the applet. Ubuntu proposed the AppIndicator system, but it does not support all the functionality of Gtk.StatusIcon and, as a rule, requires reworking existing applets.
XApp.StatusIcon, like AppIndicator, allows you to display icons, display hints and labels on the side of the applet and uses DBus to transfer information through applets. This allows having high-quality icons of any size and solves display problems. App.StatusIcon uses Gtk.StatusIcon as fallback in case if the app is running in a DE that lacks support of XAppStatus applet. 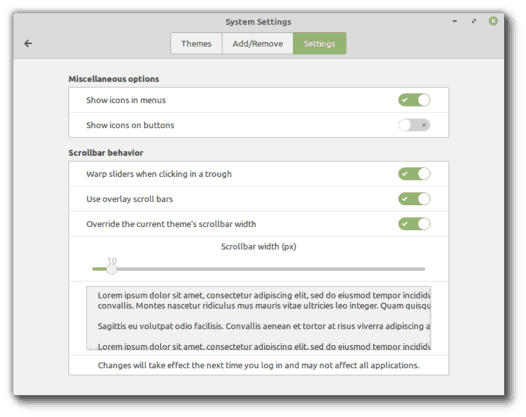 Cinnamon 4.4 is available on GitHub. If you an Arch Linux + Cinnamon user, you can get version 4.4 from the repo.