Cinnamon is Linux Mint's flagship desktop environment. Started as a Gnome 3 fork, now it is fully independent. Cinnamon brings modern technologies to the Linux desktop while retains the classic desktop paradigm with the taskbar, the app menu, and traditional window management. A new version of Cinnamon DE is available, featuring a number of new features and improvements.

The key changes in Cinnamon 4.2 include mostly minor but important updates.

The nemo-share plugin for the Nemo file manager simplifies the sharing process. It automatically initiates the installation of missing samba packages (if any), adds the user to the 'sambashare' group and checks the file system permissions. Also, it can open required ports in firewall and can process files on an encrypted home partition. 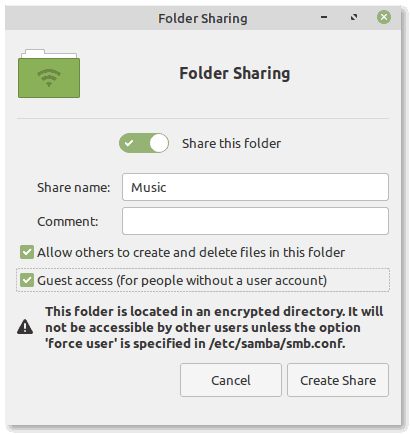 A new set of widgets allows developers to save their time by providing ready-to-use controls that can be used for building various settings, options, and configuration dialogs. The MintMenu applet is already using them.

Also, there is a new applet for printer jobs which is enabled by default.

Cinnamon 4.2 will be available by default in Linux Mint 19.2. Existing Linux Mint and Ubuntu users can install the updated version right now using the following PPA (should be updated very soon):