Cinnamon is the most innovative and flagship Desktop Environment shipped with Linux Mint by default. It is based on Gnome 3 and provides a feature rich, beautiful experience to the end user. Cinnamon is actively developed. The upcoming version will include an improved sound volume control applet for the taskbar.

The updated version is now closely integrated with media players. Track info and media controls are now part of a new overlay which sits on top of the cover art: 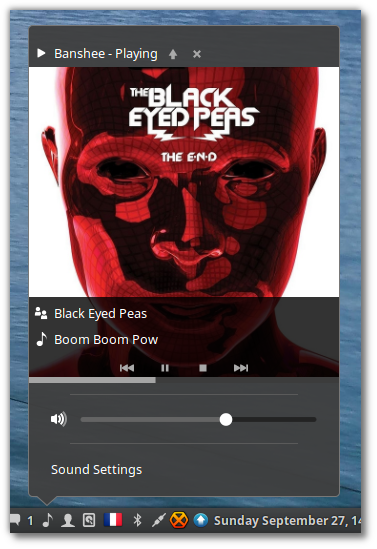 In the picture above, you can see how it works with the Banshee media player app.

For supported players, a flat position bar is displayed underneath. This bar shows how far you are in the song. You can, of course, interact with it to go to a different position within the song. 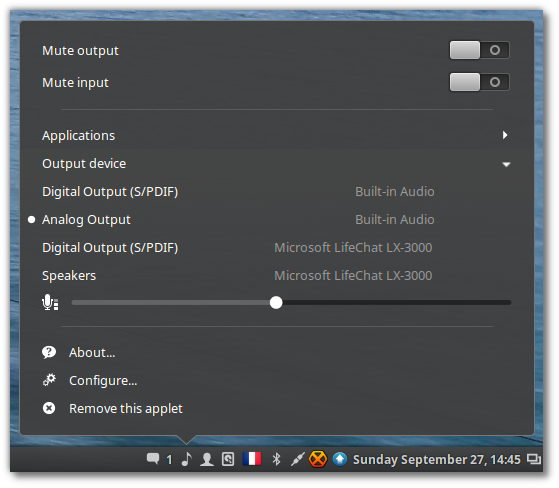 Other changes include the following:

Work is still in progress. The developer claims that in the release version, the sound applet will look much better and control alignment will be changed.