As you may or may not be knowing, older USB standards used a Bulk-Only Transport (BOT) protocol to transfer data between devices. When USB 3.0 was introduced, the BOT protocol was retained but a newer USB Attached SCSI protocol (UASP) was defined in the spec which uses the SCSI command set and allows for faster, multi-threaded parallel transfers with command queuing. However, due to low awareness, only a few USB 3.0 mass storage devices adopted UAS. Here is how you can find out if your USB 3.0 device supports UASP.

Although it was introduced with USB 3.0, UAS Protocol can be used with USB 2.0. To take advantage of UASP, your USB device must support it, your host PC hardware and its firmware must support it and the software drivers in your operating system must support it. Windows 8 and Windows 10 not only have USB 3.0 drivers but also have built-in UASP support.

When used with an SSD, UAS considerably increases the random read and write speeds compared to BOT. To see if UAS is being used by Windows, do the following.

As stated earlier, UAS Protocol will be used by Windows 8 and later only if your USB 2.0/3.0 mass storage device supports it and your USB chipset/firmware support it. Windows 7 does not support UASP out-of-the-box but device manufacturer drivers can easily support it. 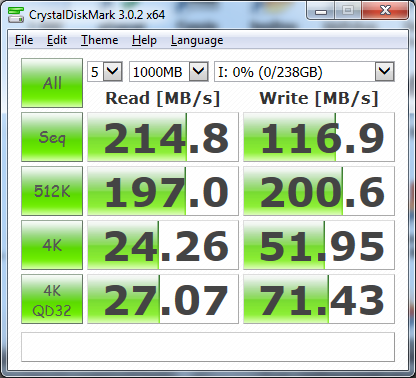 UAS when used with USB 3.1 should be substantially faster than eSATA. In some benchmarks, even eSATA was faster than USB 3.0 with BOT. But UASP is still slower than Thunderbolt 3 or the ultrafast internal storage buses like NVM Express. 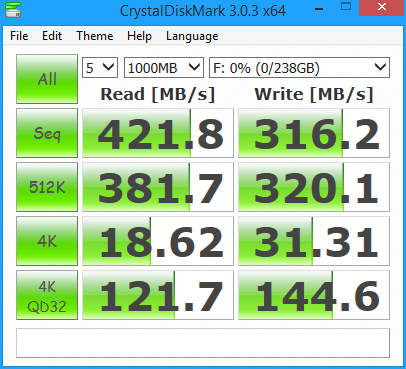 Another important thing to note is like eSATA, UASP makes TRIM support possible for external SSDs but it still depends on support from all the SSD controllers and bridge chips used in the SSD besides the operating system. Although UASP enables USB drives to use the SCSI command set, SSD controllers use the SATA command set. So the OS needs to support not just UASP but the SCSI UNMAP command (counterpart to ATA TRIM) and the USB-SATA bridge chip needs to be able to translate the SCSI UNMAP command to ATA TRIM properly.