Windows 10 comes with a completely reworked Start menu, which combines Live Tiles introduced in Windows 8 with classic app shortcuts. With the modern Start Menu you can arrange your pinned tiles into groups and name them according to your preferences. Starting in Windows 10 May 2019 Update, also known as 'version 1903' and '19H1', the Start menu has got is own process that allows it to appear faster, increases its reliability. Besides that, there are a number of usability improvements made to the Start menu.

Windows 10 Start Menu has Live Tile support for Universal (Store) apps installed on your PC. When you pin such an app to the Start menu, its Live Tile will show dynamic content like news, weather forecast, images and so on. For example, you can add a useful data usage Live Tile.

This gives the Start menu a performance boost and resolves a number of issues like delays in launching some Win32 apps. Users will notice measurable improvements in Start reliability. The Start menu is now opening significantly faster. 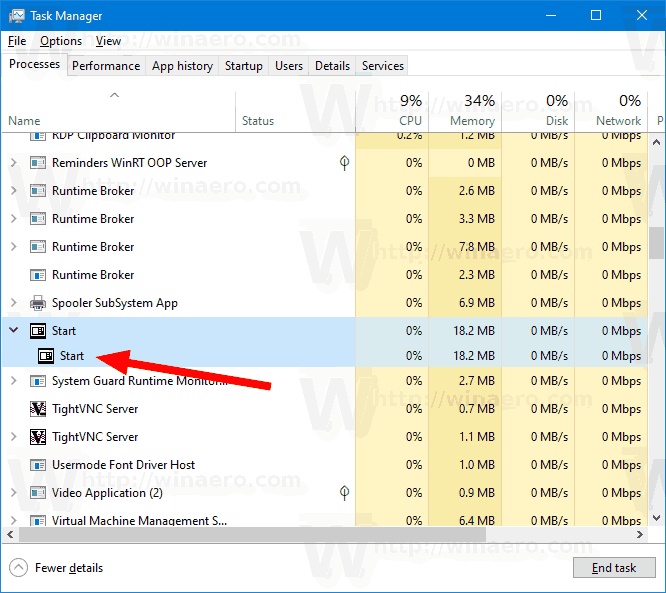 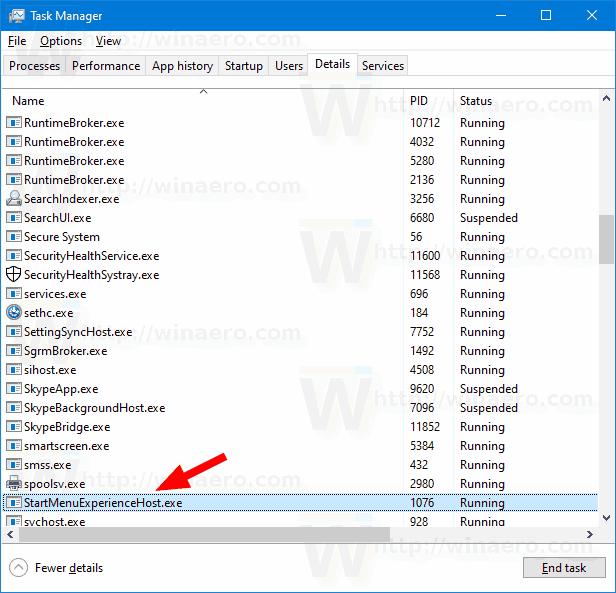 If you are running Windows 10 version 1903, you can spot the StartMenuExperienceHost.exe in Task Manager.

Open Multiple Apps At Once 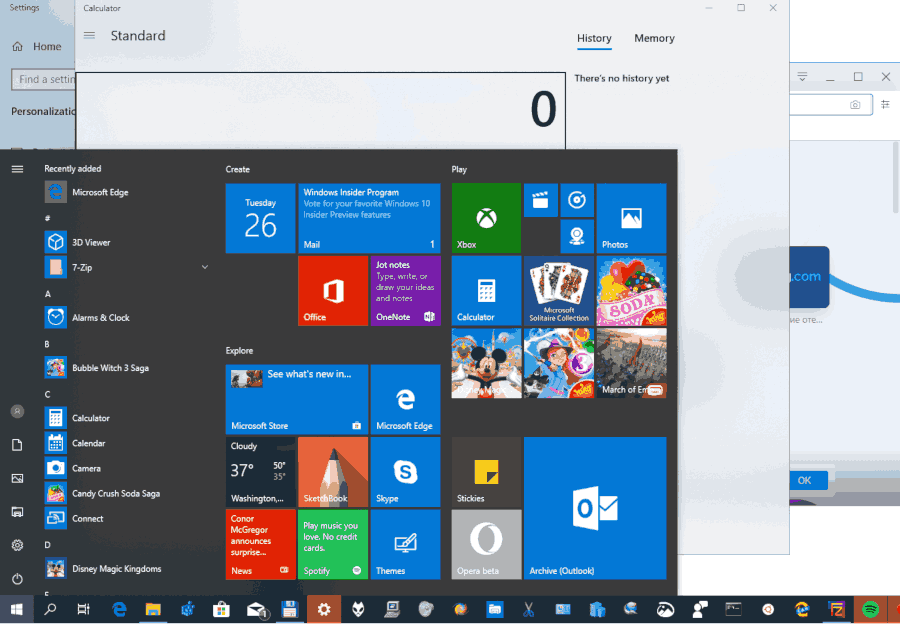 See Open Multiple Apps At Once from Windows 10 Start Menu

Once you pinned desired items to the Start menu, you can organize pinned tiles into groups. For reference, see the following article:

Starting with Windows 10 version 1903, you can unpin a group of tiles all at once. It really saves your time when you need to get rid of many tiles. Right-click on the title of a group of tiles and select 'Unpin group from Start'. 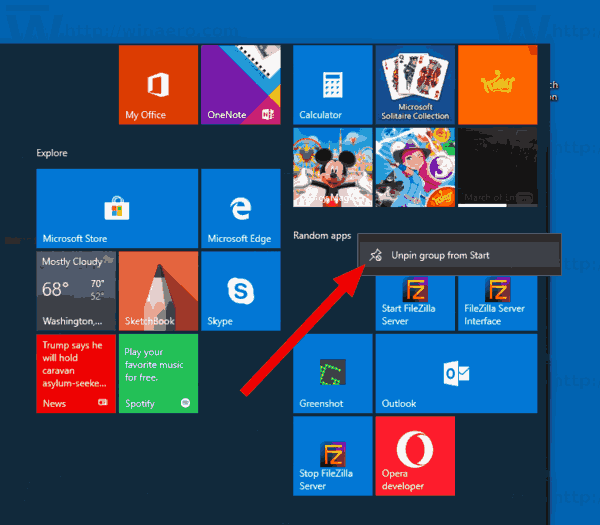 See Unpin Group Of Tiles from Start Menu in Windows 10