Microsoft is trying to maintain the pace of the Windows 10 release cycle for Insiders on the Fast Ring. A new build of Windows 10, build 14271 has been released. According to Microsoft, it comes with a long list of bugfixes. Let's see what is new in this build. 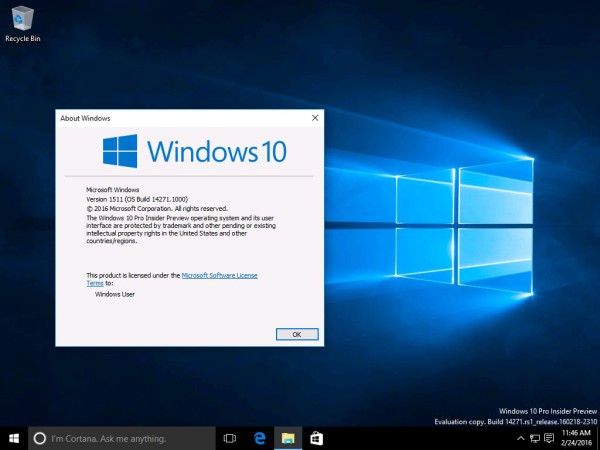 This time Microsoft has rolled out the update for both PC and Mobile Fast rings. Windows 10 for PCs gets updated to build 14271. For Mobile Fast Ring, the new build is 14267.1004.

At first glance, the most notable change you see in this build is the forced Feedback Frequency option. The user can't change it and has to use the predefined value set by Microsoft: 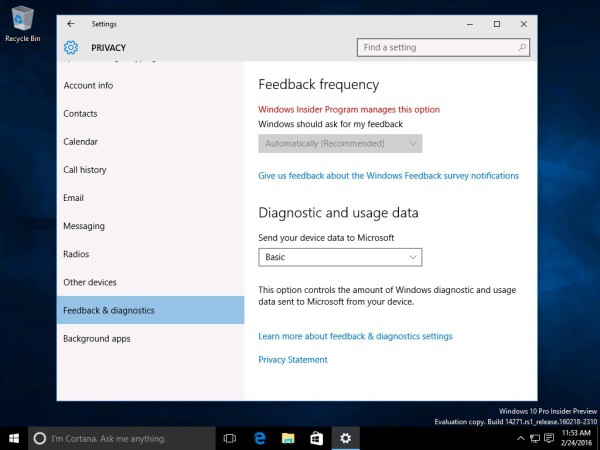 For this build, the following issues were fixed according to Microsoft:

However, there are a number of known issues:

As we already know, Redstone is expected to bring notable changes to Action Center, Microsoft Edge, Cortana and may also add some integration with Office 365 services. Cortana is expected to become a system-wide assistant. Notification Center / Action Center might get support for widgets, offering quick snapshots of data, synced across your Windows 10 devices. Microsoft Edge will get extensions support: this was confirmed in Windows 10 build 11082, which already has this feature partially implemented. Another interesting feature of the Redstone update is Task Continuation which will allow users to start a task on one device and then resume and finish it on another.

Windows 10 Redstone is expected to come in two waves, exactly like the Threshold update: