A couple of screenshots have appeared on the Internet, featuring new updates to the default Windows 10 browser, Microsoft Edge. Let's see what we can expect in October, when the update known as "Threshold 2" gets rolled out incorporating the changes after Windows 10 RTM build 10240.

Microsoft Edge is the new browser which Microsoft created to replace the good old Internet Explorer. Microsoft Edge is intended to be faster and support all modern web standards. Microsoft removed many IE technologies from the browser's engine such as ActiveX, VBScript etc. and also many features from IE's user interface. Edge is implemented as a Universal app. Edge does not yet support extensions (add-ons).

In Windows 10 build 10551, Edge has got the ability to sync bookmarks and the reading list between your Windows devices. This feature will be welcomed by all users who use a Microsoft account. It is one of the requested features by Insiders. 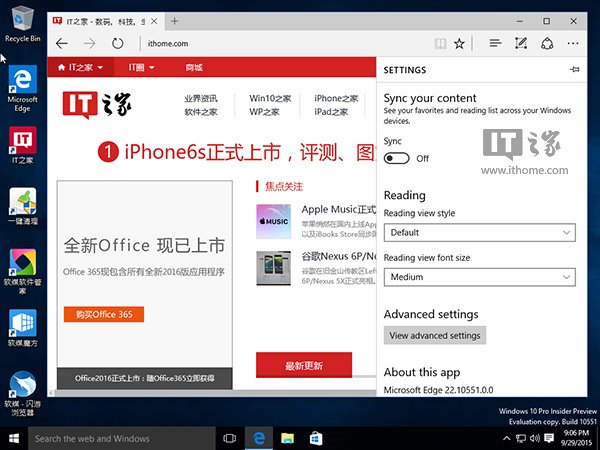 Unlike Desktop apps, most Universal apps with the exception of a few apps like Calculator and Edge cannot have multiple instances running (via ITHome).