In pre-release builds of Windows 10 version 1703, it was possible to uninstall the Paint 3D app with just one click. The app had an uninstall button in the app list. This ability was eliminated in the final version of Creators Update. Here is a special method which you can use to get rid of the app.

As of Windows 10 "Creators Update" version build 14971, it was possible to remove the app using Settings. See the screenshot below. 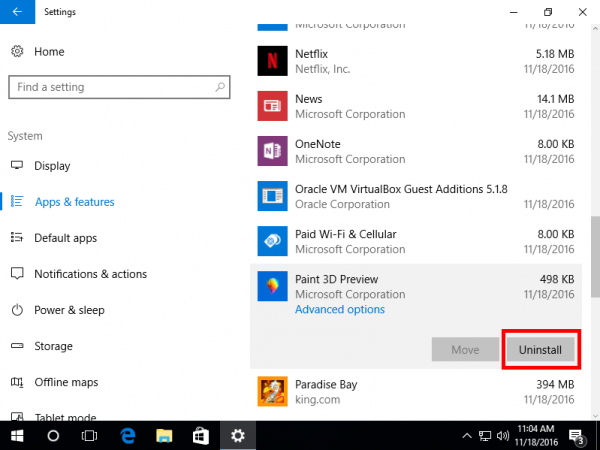 The procedure is described in the article Get Classic Paint back in Windows 10 Creators Update.

But now, in Windows 10 build 15063 which is the final version of Creators Update, the trick doesn't work. Even if you find Paint 3D in the app list, there is no Uninstall button available any more. It is visible but disabled. 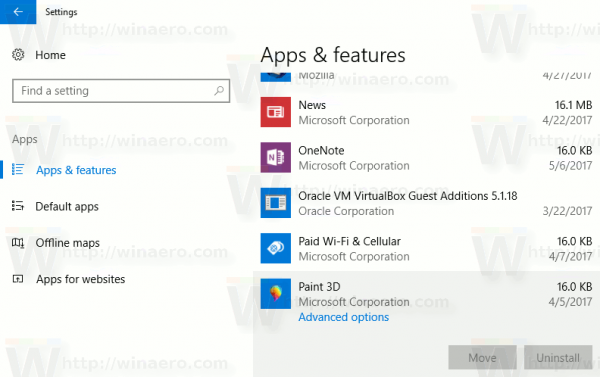 As a solution, you can refer to our big detailed tutorial:

It will help you to get rid of most UWP apps in Windows 10.

As for Paint 3D only, do the following.

To remove and uninstall Paint 3D in Windows 10, open an elevated PowerShell.

Open the Start menu (press Win key on the keyboard) and type Powershell. When it comes up in the search results, right click on it and choose "Run as administrator". Or you can also press Ctrl + Shift + Enter to open it as administrator. Opening PowerShell as administrator is important, otherwise, the commands you run will fail.

Type or copy-paste the following command to remove Paint 3D 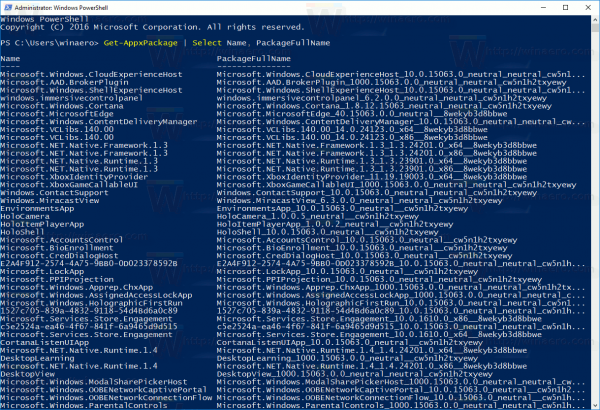 For your convenience, you can save it to a file by redirecting the command output as follows:

The list of applications will be saved to the file Desktop\myapps.txt. 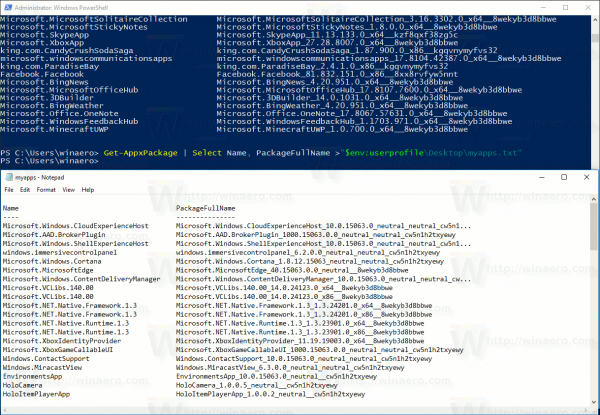 Now, you can use this list to remove individual apps using the following command:

You are here: Home » Windows 10 » How To Remove and Uninstall Paint 3D in Windows 10