Windows 10 version 1903 "April 2019 Update" comes with a number of interesting changes and improvements made to the WSL feature. These include additional distros in the Store, the ability to browse WSL files from File Exporer, and more. A new item, Linux, appears in File Explorer to provide faster access to Linux file system. If you are interested in removing it, here's how it can be done.

The Linux Item in File Explorer

With Windows 10 version 1903 "April 2019 Update" you can easily access all the files in your Linux distros from Windows. As of this writing, this feature is implemented in Windows 10 build 18836. It is on its way to the 19h1 branch, so we will see it with the next build.

File Explorer shows the distro files as a virtual network share under the path \\wsl$\<running_distro_name>\. 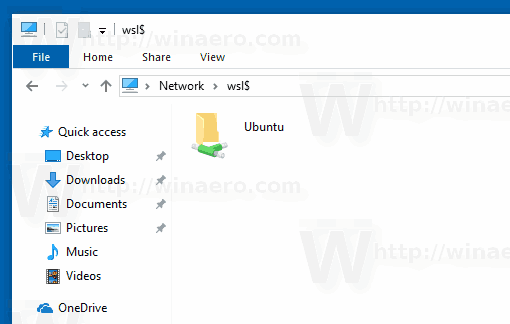 Also, it includes a new Linux entry in the Navigation pane.It contains the installed distros in a dedicated folder. When you follow the Distro shortcut in the Linux folder, it will show all currently available WSL distros. 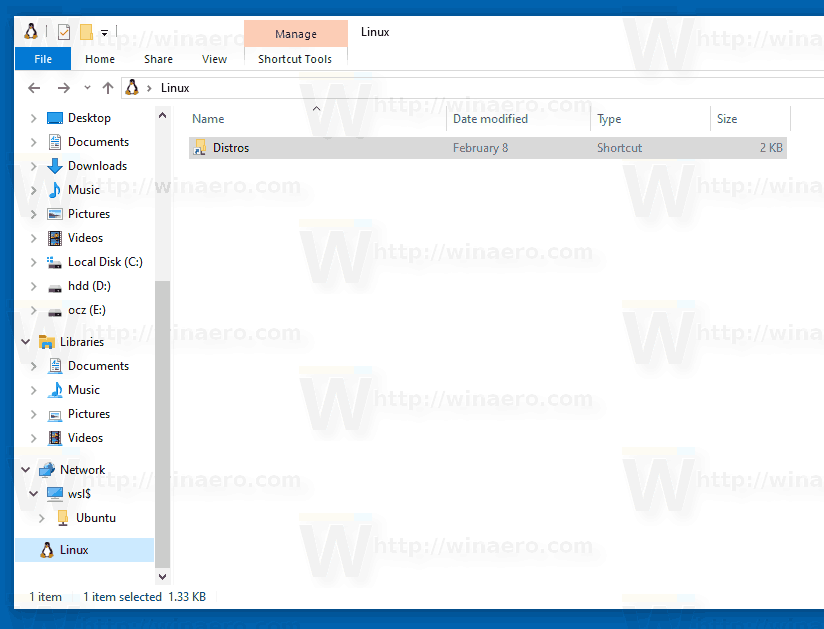 If you are not happy to have an extra item for WSL in the Navigation Pane, it is easy to hide it with a Registry tweak. Your WSL files will remain accessible with File Explorer and Command Prompt/PowerShell as explained in detail in the article Access WSL Linux Files from Windows 10.

The next screenshot demonstrates the Linux entry removed from the Navigation Pane. 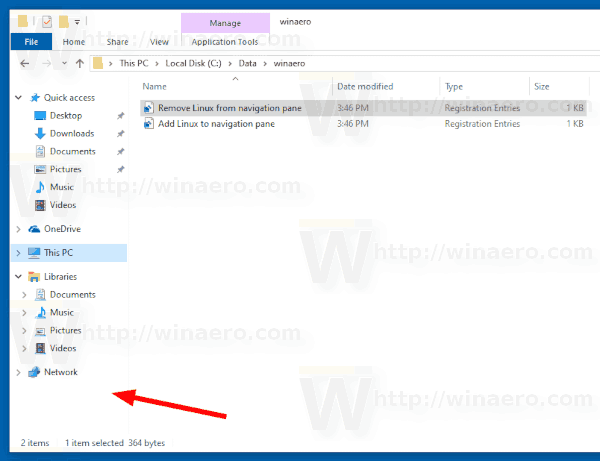 To Remove Linux from Navigation Pane in Windows 10,

To hide the Linux entry, you need to create there a new 32-bit DWORD value System.IsPinnedToNameSpaceTree and leave its value data as 0. Note: Even if you are running 64-bit Windows you must still create a 32-bit DWORD value. 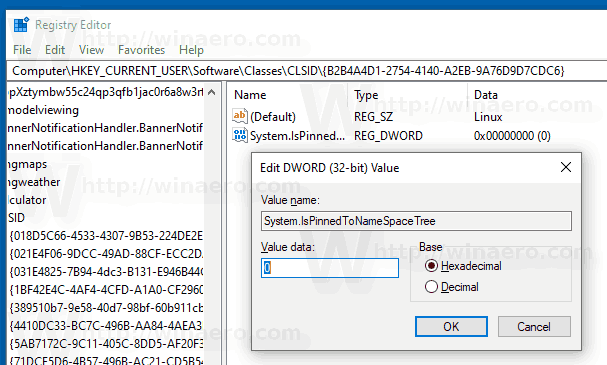 By setting this value to 1 you will make it visible again. Removing the value will restore Windows defaults.

You are here: Home » Windows 10 » Remove Linux from Navigation Pane in Windows 10