After testing Insider Preview versions, Microsoft today released a number of new features in the stable version of Skype for both desktop and mobile platforms. The new features include the long awaited Split View, along with message bookmarks and message drafts, and more.

The modern Skype app has a very streamlined user interface. It follows the modern trend of flat minimalist design with glyph icons and no borders anywhere. This design is being used in all other Microsoft products.

Here's the list of new features in today's Skype update.

Now you’ll never forget about messages that didn’t get sent. When you start typing a message but haven't sent it yet, it will now be saved as a draft and marked with the [draft] tag. You can easily edit and send it later. Skype saves drafts between your app sessions. 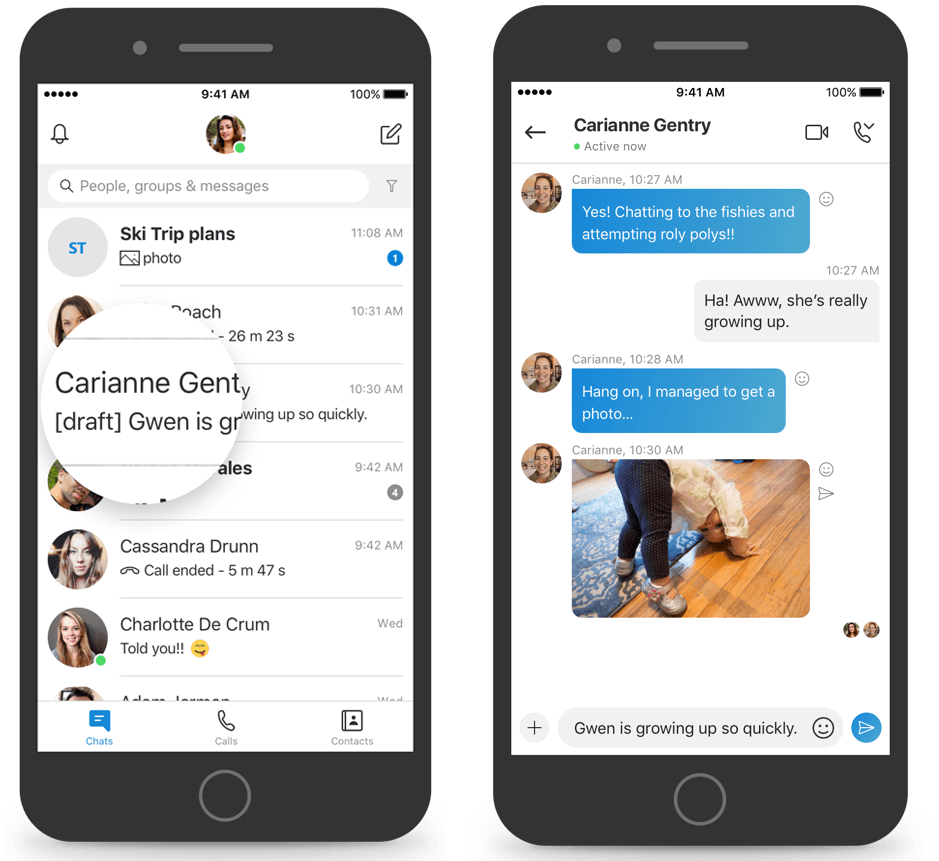 You can now bookmark any message in Skype! 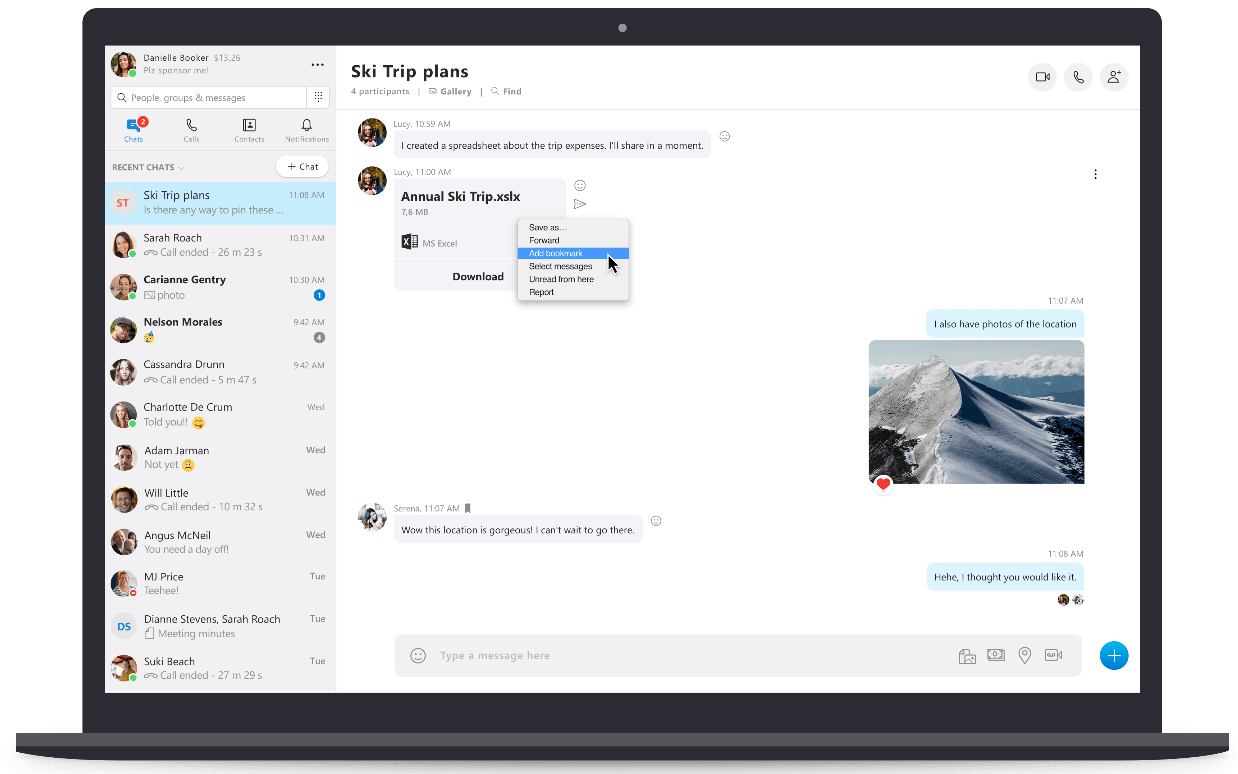 Preview media and files before sending

You can now preview photos, videos, and files that you’ve selected to share before sending. Once you select media and files to share, they’re displayed in the message panel, so you can ensure they’re the ones you want to share with your contact. You can also remove ones added by mistake or add new ones right from the panel. In addition, should you want to write an explanation or description for what you’re sending, you can add a message that will be sent along with the files. 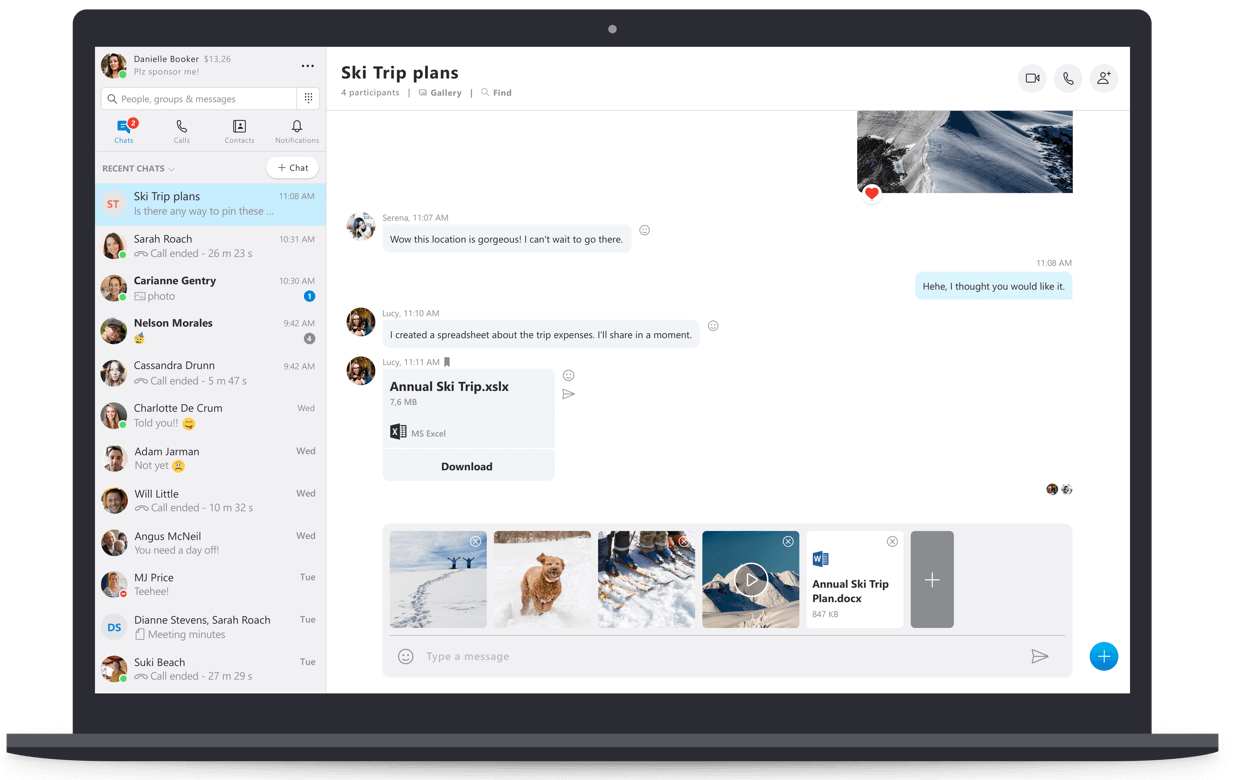 New approach for displaying multiple photos or videos sent at once

Skype now supports 'albums'. You can send as many photos as you want at once. The app will display them organized into an album in the chat history with all the photos combined. And you can see each one by navigating and clicking between the photos or videos in an album. 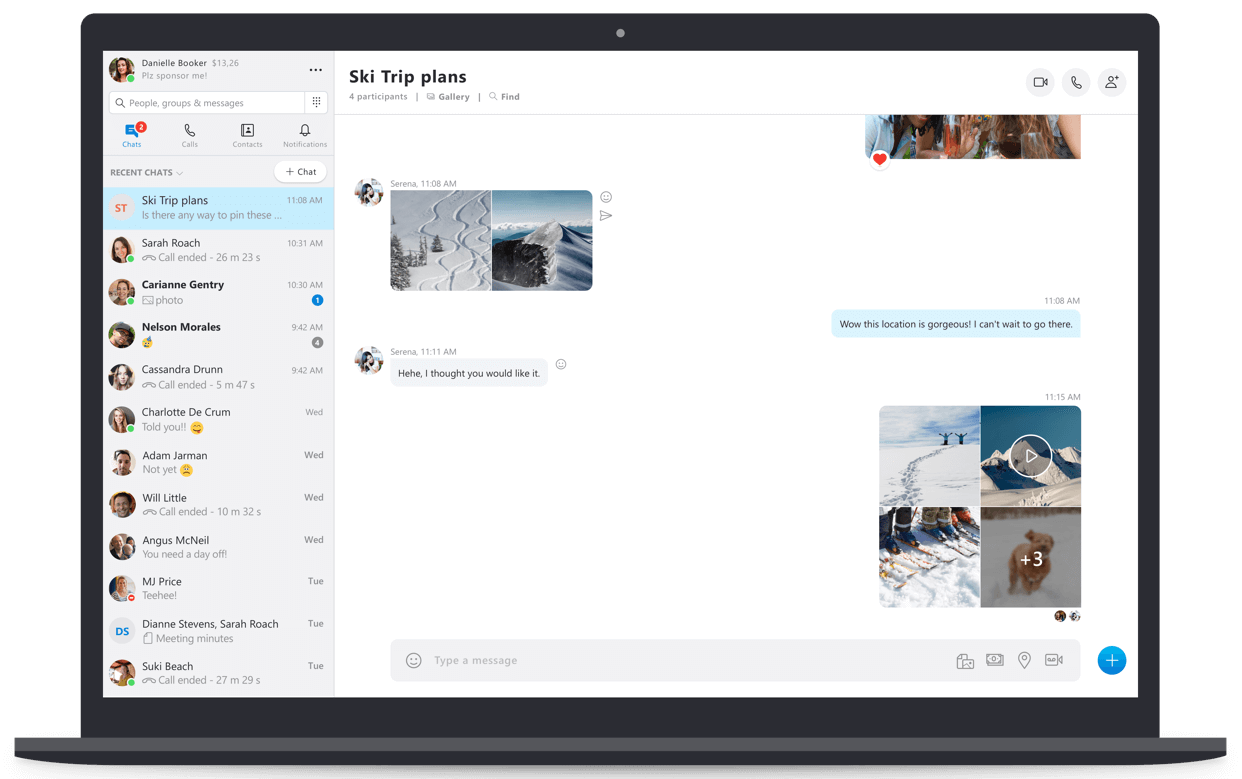 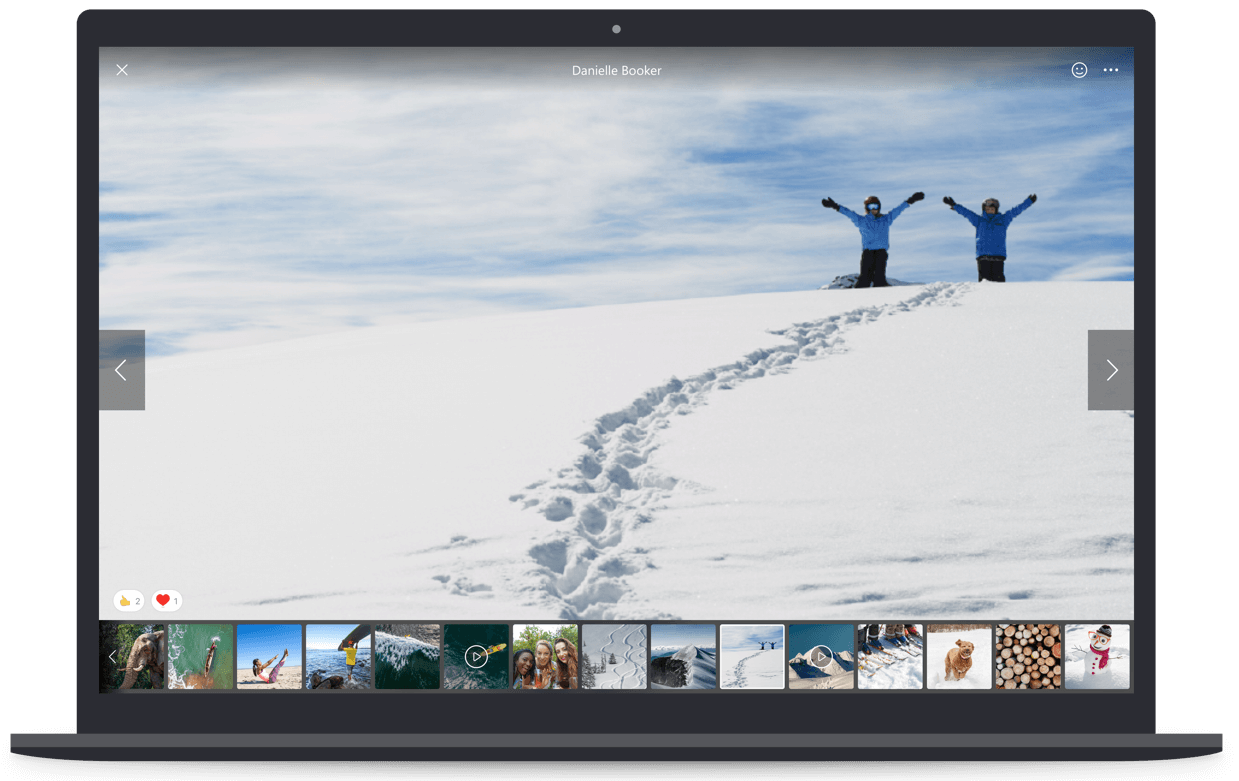 Split View is a special mode of the app that allows having each conversation in a separate window, rather than showing them all in a single window merged with the contact panel. 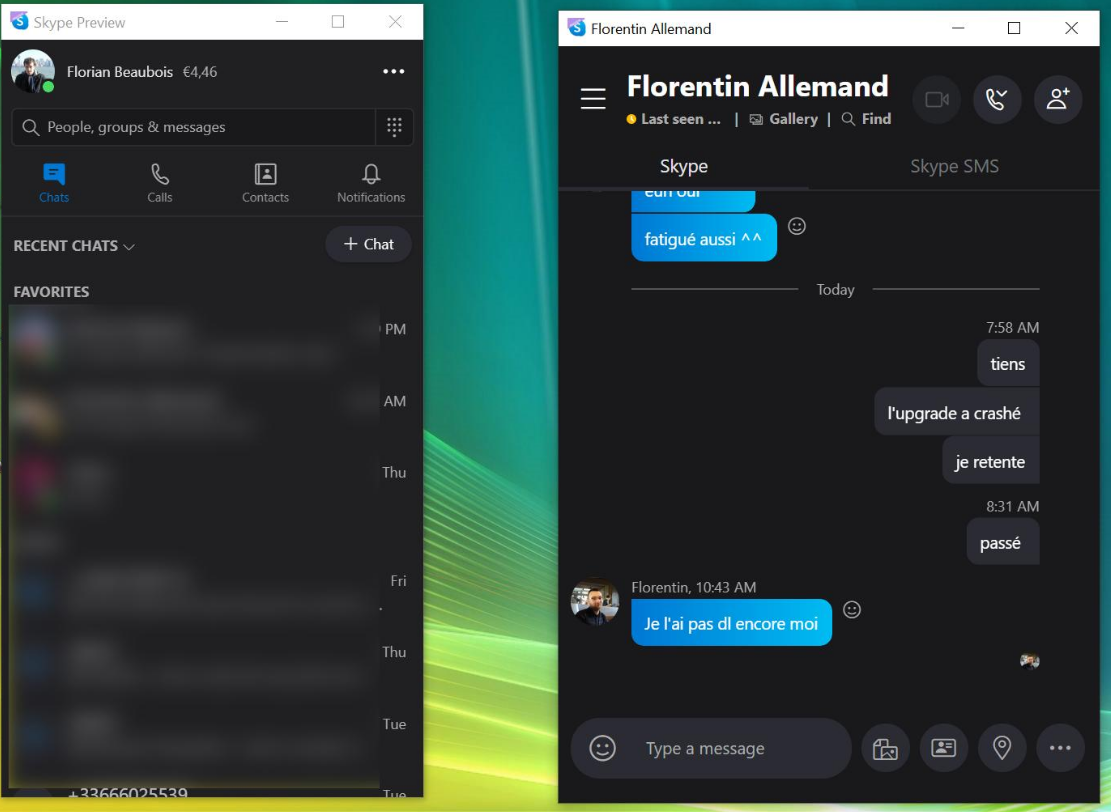 This feature is now available for all versions of Windows, Mac, and Linux on the latest version of Skype.