You may already know that one of the improvements made to Edge over Chromium and Chrome is the ability to move multiple selected tabs to a new window. A similar feature is only coming to Chrome. Collaboration between engineers of the two software giants will make it possible to have Edge's version of the tab moving feature in Chrome natively.

Currently, Google is working on its own implementation of such a feature. The change has already become available in the Canary branch of Google Chrome. 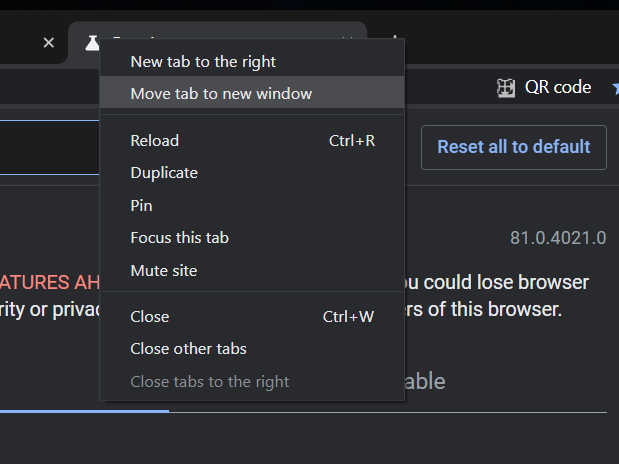 Edge is already featuring the ability to move a tab to a new window, and also allows selecting the destination window if you have more than two windows open.

Now, Google is going to adopt Edge's tab management options in Chrome. The ability to move multiple tabs isn’t landed in Chrome Canary yet, but it is already a work-in-progress.  The patch is offered by Microsoft Engineer Justin Gallagher.

Since multiple tabs now can be moved, the string was changed to pluralize “tab” to “tabs” when necessary.

In the future, it should be possible to pick a destination window for selected tabs, exactly like Edge offers.