In Windows 10, when a folder or file is encrypted using Encrypting File System (EFS), the File Explorer app shows a pad lock overlay icon for such a file or folder. If you are interested in removing that icon, in this article, we will see how it can be done.

In Windows 7, the pad lock overlay icon was for an entirely different function. The Lock icon in Windows 7 indicated that the file or folder was shared with nobody but your user account, and that your account alone had the permission to access it (besides the SYSTEM and admin accounts). This icon was shown only when some item that was shared previously with other users was made private by right clicking and choosing Share with nobody.

However, in Windows 8 and above, the pad lock overlay icon was removed because people couldn't understand how to get rid of it. So I was surprised really when I saw another pad lock icon on some of my files in Windows 10! Then I realized how compressed files and folders also had a similar looking icon and realized that this lock icon was appearing only for encrypted files and folders, as mentioned at the beginning of the article. 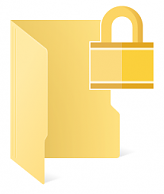 To remove the Lock icon on files and folders in Windows 10, you need to do the following.

You are done. Before: 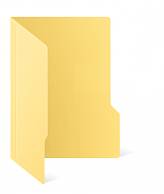 To undo this change, you need to delete the mentioned "178" value. That's it.

You are here: Home » Windows 10 » How to remove Lock icon on files and folders in Windows 10