As you may already know, Firefox 64 will include a new task manager feature. For Firefox 65, the team behind the browser is preparing a number of interesting improvements to this feature.

Firefox 64 includes a special about:performance page that can be used to figure out which tabs consume a lot of system resources. Finally, this useful page now has its own command in the main menu. It can be opened by navigating to menu - More - Task Manager. 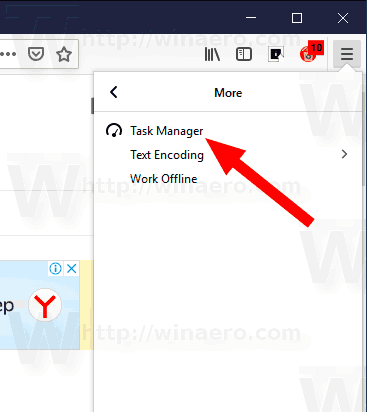 It opens the following page.

Starting in version 65, which is available in the Nightly stream as of this writing, the about:performance tool includes a new memory column. It shows the amount of memory for each tab and extension.

Also, Mozilla is working on a new version of the task manager for Firefox that will allow you to pause heavy scripts. It will be able to show external scripts and their resource consumption separately from tabs they were loaded in. Using it, you will be able to see if some statistics scripts affects the site's loading time, and block such scripts with one click.

The Site Information flyout will be updated with a new performance information section. It will display Energy impact, CPU & RAM usage for the current tab. 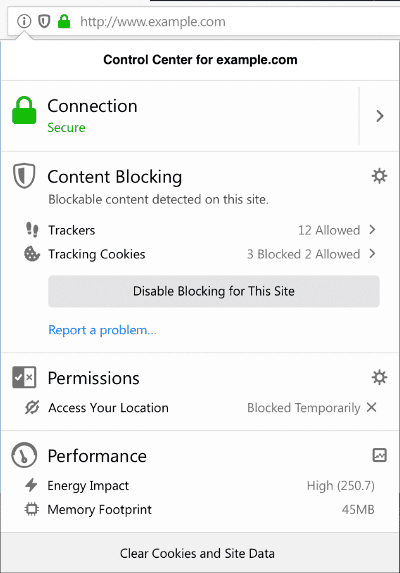 For more details, see this page.

Tip: Firefox 64 is the upcoming version of the popular browser. As of this writing, it is available to users on the beta channel. With recent builds, Firefox 64 has received interesting new features and improvements, but RSS and Live Bookmarks have been removed. See the post

Here are important changes in Firefox 64