Yesterday, Mozilla released a new version of their browser. Firefox 53, a new update for the stable branch, comes with a number of changes which may be not welcomed by some users. Let's see what has changed. 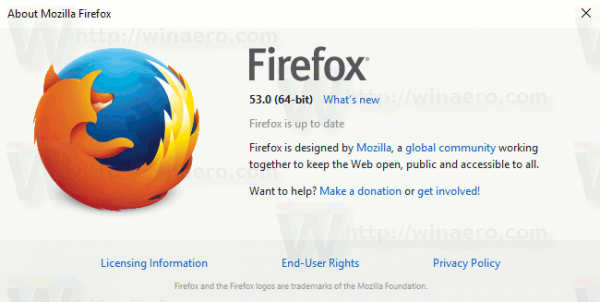 First of all, the browser does not support old versions of Windows. As we wrote recently, Windows XP and Windows Vista will be moved automatically to the ESR branch, which means they will not receive new features, only bug fixes. After a year, Mozilla will drop support of these operating systems completely.

For macOS, there will be no 32-bit Firefox versions any more.

Another interesting change is updated hardware requirements. If you have a CPU older than Pentium 4 (for example, I have Pentium III, Pentium II and a number of 16-bit machines here), you won't be able to install and use Firefox 53.

Mozilla has optimized the development process. The Aurora build branch is eliminated and merged with Firefox Beta. Users will be moved to the Beta branch automatically.

In this release, Firefox has a refined user interface for permission notifications. It looks cleaner and allows the user to grant or revoke permissions quickly for the open page.

Multiprocess mode is extended with the project "Quantum Compositor" (e10s-gpu). This will improve the stability and performance of Firefox on Windows for machines with certain GPUs. You can read about this in detail HERE.

For lists with a large amount of items (more than 40), there is a new inline search feature which will allow searching for a menu item. This feature is disabled by default, but you can enable it in about:config. Set the dom.forms.selectSearch parameter to true.

The installer stub (web installer) allows choosing between 32-bit or 64-bit versions to install. This works only in Windows. 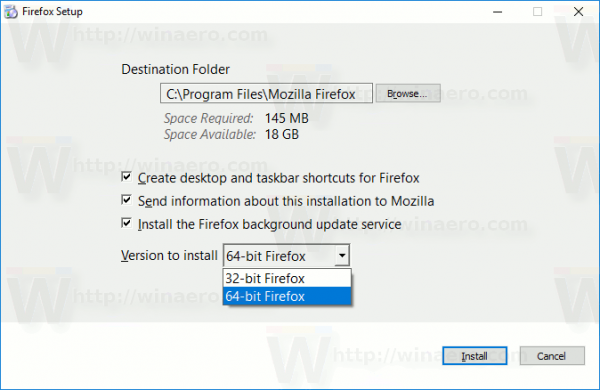 Finally, Firefox 53 comes with the long awaited Compact Dark and Compact Light themes. We covered them earlier in the following article: Here Are New Compact Themes in Firefox 53. 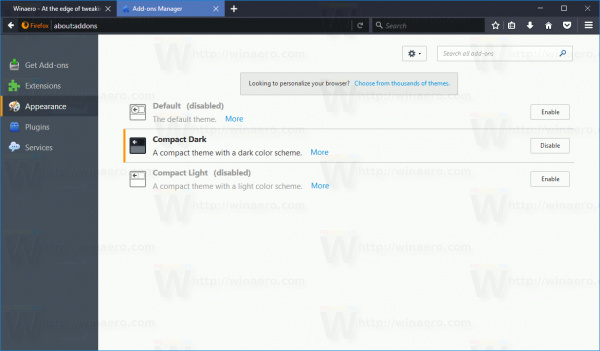 There is a new policy for the HTTP referrer. There is no GUI for it yet, but a new about:config option can be configured. The setting network.http.referrer.userControlPolicy needs to be created manually. It can take one of the following values:

Other changes are as follows:

You are here: Home » Windows 10 » Everything you need to know about Firefox 53

4 thoughts on “Everything you need to know about Firefox 53”