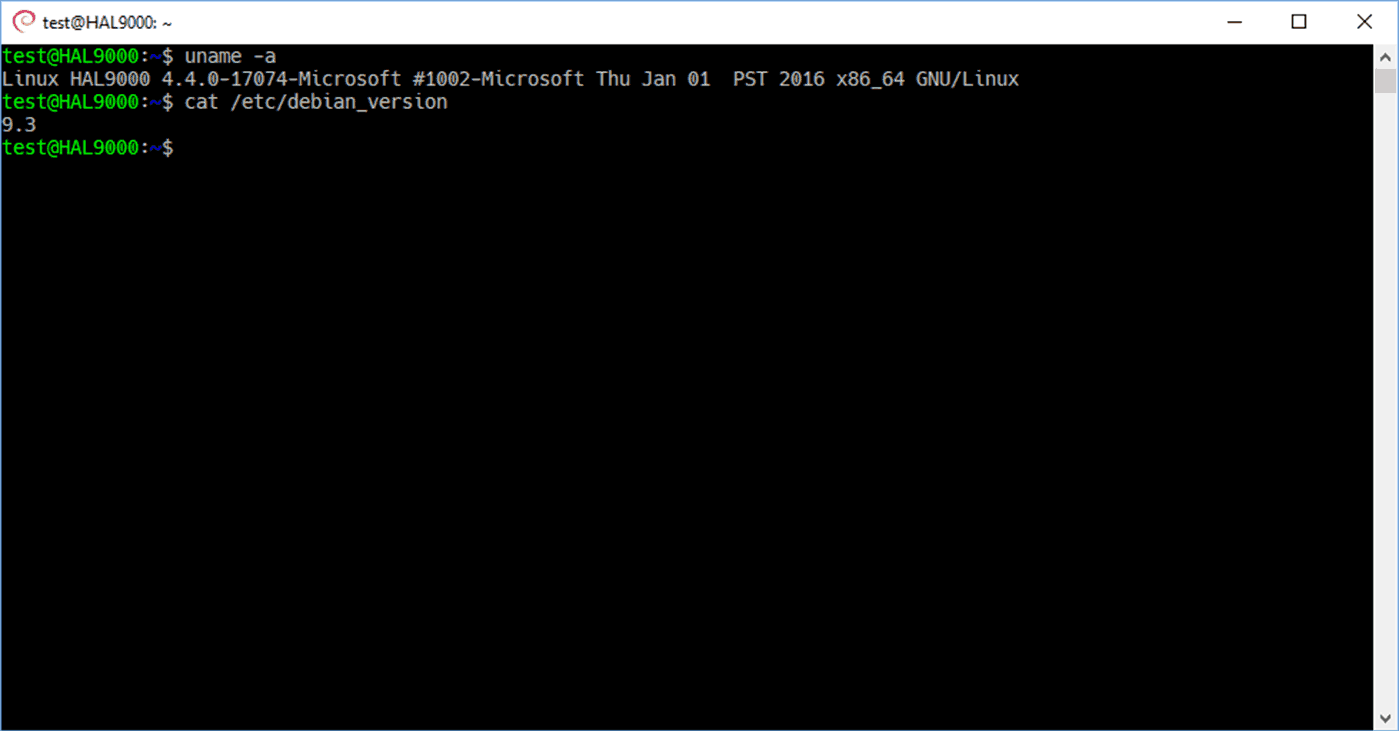 In Windows 10 Fall Creators Update, the WSL feature received many improvements. It no longer requires developer mode and can be enabled in Windows Server also. The modern version of WSL comes with the following features.

You could install Kali Linux, Ubuntu, openSUSE, SUSE Linux Enterprise Server alongside one another. Finally, the Debian package can be found here:

The official announcement describes the Debian package as follows.

Debian GNU/Linux is a stable, free & easy-to-use operating system for all of your laptop, desktop, server & cloud systems.

It is free for anyone to use, modify and distribute without charge and is trusted by millions of people across the globe from solo backpackers to astronauts on the International Space Station, small companies to huge organizations.

Debian comes with over 51,000 packages, a package manager (APT) and other utilities that make it possible to manage thousands of computers as easily as installing a single application. It is available in over 70 languages and is fully customizable — take apart your system, replace the icons, desktop theme or anything else you can think of.

With Debian, it's possible to make your computer truly your own. Debian is built by a volunteer organization of almost 2,000 Debian Developers distributed across more than 60 countries worldwide, collaborating every day via the internet.

For more information about Debian, please visit the About Debian page.

If you are new to Debian, please refer to the Debian getting started manual.