One of the most interesting changes in the recently released Windows 10 build 14951 is the ability to launch Win32 apps directly from the Bash on Ubuntu console. It is able to handle both Win32 and console tools.

In Windows 10 build 14951, Bash on Ubuntu is based on the recent Ubuntu 16.04 LTS version. All new Bash instances will use it out of the box. Tip: if you upgraded your Windows 10 Insider Preview from a previous build with Bash on Ubuntu enabled, you need to type the command do-release-upgrade to update your existing Bash instance.

Starting with Windows 10 build 14951, you can launch any Win32 application like Notepad, Paint or cmd.exe directly from the Bash prompt.
Earlier, the user could only execute a Linux command from the Windows Command prompt environment and process the data it returned. Now it is possible to combine apps in the built-in Linux environment.

For example, you can launch Notepad to edit a file. 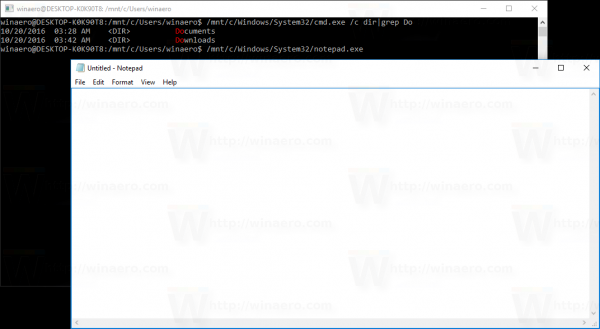 Or you can use the Linux tool "grep" to filter the output of the dir command: 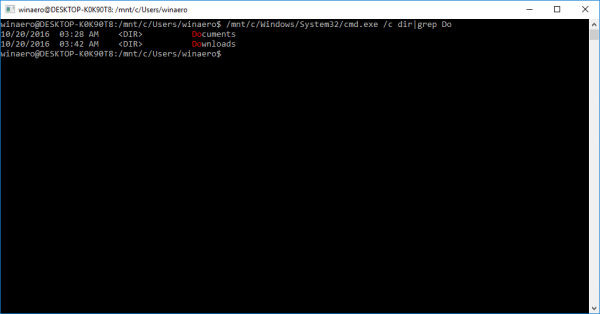 To try it in action, you need to enable Bash On Ubuntu feature as described here: How to enable Ubuntu Bash in Windows 10 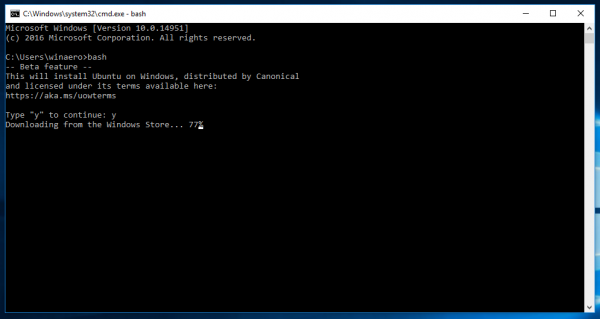 Watch the following video to see this new feature in action:

Bash on Ubuntu features the following additional changes and fixes:

You can learn more about them in the official announcement HERE.

You are here: Home » Windows 10 » Bash on Ubuntu can run Windows binaries