Cinnamon is the flagship desktop environment (DE) of the Linux Mint distro. It is a modern, feature rich DE which is highly customizable. However, its stock menu for launching apps is not perfect. Many users find it has limitations or bugs. Here is an alternative apps menu for Cinnamon, which will improve your user experience.

The default menu of Cinnamon is not actually bad. It has a favorites bar, can show shutdown actions and file manager bookmarks. However, many users name the following issues present in the stock menu:

If you are not happy with the appearance or the behavior of the default menu, you can switch to an alternative menu applet. There are a number alternative menus available in the applet repository, but I suggest you try the one named Custom Cinnamon Menu, created by Odyseus.

It is very flexible! The applet allows you to customize every single option of the apps menu. Probably this is how the default apps menu should be implemented. After playing for a while with its options, I got the following menu in my Cinnamon: 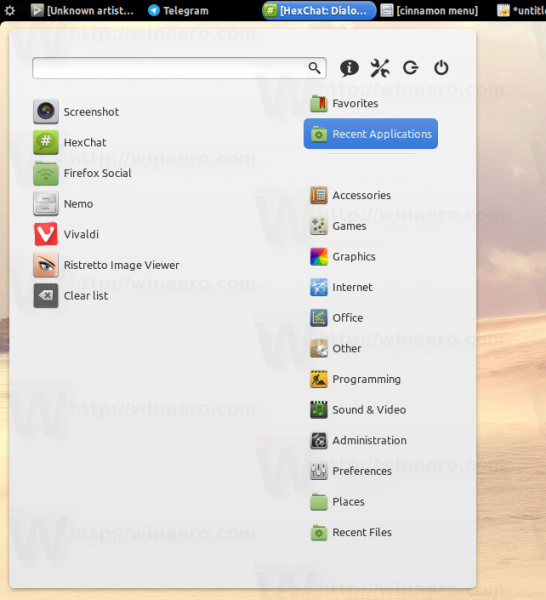 Take a look at the Settings window of the applet: 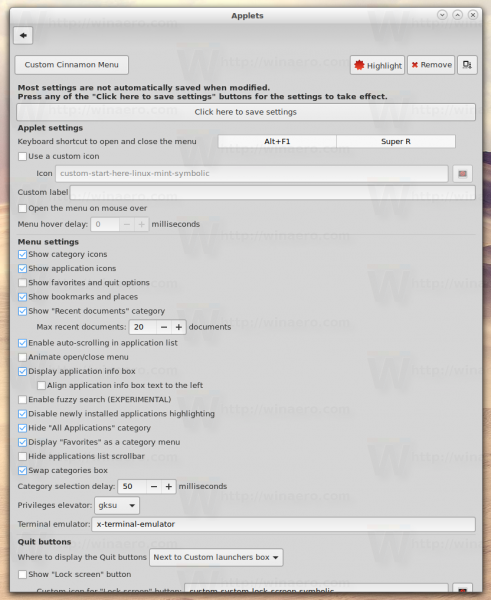 The developer has implemented the following features:

Additionally, he has improved the search feature. It is more accurate compared to the stock menu's search and works faster.

This applet is just impressive. I used it for a couple of days and found no issues. I have not faced slowdowns or crashes.

To install the Custom Cinnamon Menu applet, you need to do the following.

2 thoughts on “Best menu for Cinnamon”