The next Windows 10 version, currently known as version 1903, or 19H1, will support a modern image format, AVIF. It is based on AV1, a modern video format developed by the Alliance for Open Media. 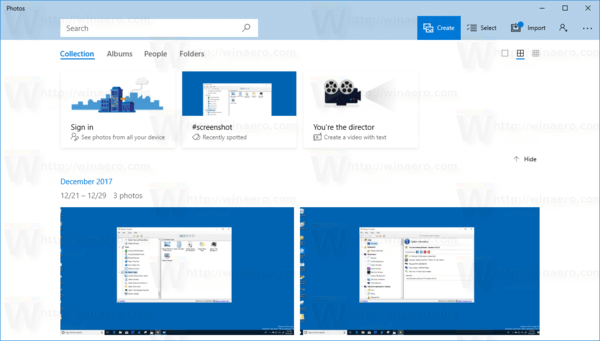 AV1 is the latest and greatest of the open video formats. It is designed as a successor to VP9, that competes directly with the proprietary (and costly) HEVC/H.265 codec. It is intended to be  paired with the Opus audio codec in a WebM container for HTML5 web video. It is royalty free and backed by a number of industry giants (Amazon, AMD, Apple, Arm, Cisco, Facebook, Google, IBM, Intel, Microsoft, Mozilla, Netflix, Nvidia, etc.), who together formed the Alliance for Open Media (AOMedia). AV1 meant to be a successor to the VP9 codec developed by Google, without relying on any MPEG patents.

The AVIF image format an image format that is based on AV1. It is already supported by variety of software, including VLC, and Firefox.

Starting in Windows 10 19H1, the AV1 format will be supported by at least File Explorer and Microsoft Paint.

So, if you are on Windows 10 Build 18305, you can try this new feature in action after installing the AV1 Video extension.