In my articles, I often refer to command line tools and console utilities. Previously, I wrote how to open an elevated command prompt in Windows 10, but today I would like to share with you all the ways to open a regular command prompt.

Windows 10 features a new Start menu along with the Start screen. There are many common features between them, such as the ability to add global hotkeys to launch your favorite apps. In both the Start menu and the Start screen you can use search for an app or a file. So, the first method we will see to open the command prompt in Windows 10 is from the search results.

Open the command prompt in Windows by using search
Open the Start menu or switch to the Start screen by pressing the "Win" key on the keyboard. Start typing "cmd.exe": 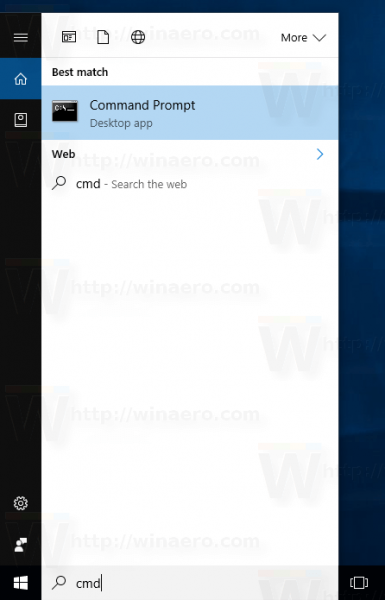 Click cmd.exe in the search results or just press Enter to run the command prompt.

Open command prompt using Win + X menu (the Power user)
This is one of the most convenient ways to open command prompt in Windows 10. Starting with Windows 8, Microsoft has implemented a Power Users menu, which contains many useful items like Control Panel, Network Connections and so on. It also contains the "Command Prompt" item which is exactly what we need. 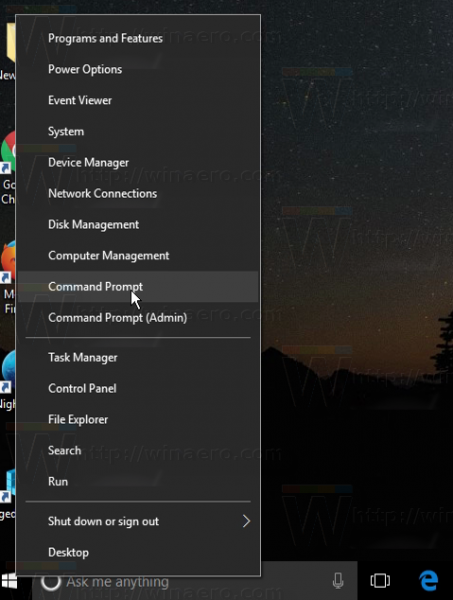 To access this menu in Windows 10, press Win+X keys together on the keyboard.

Update: This option has been removed in Windows 10 Creators Update. See the following article to learn about this change in detail: Windows 10 build 14986 replaces Command Prompt with PowerShell everywhere. To restore the command prompt in the Win +  X menu, see this tutorial:

Open the command prompt from the Run dialog
This is my favorite way as I prefer to work with the keyboard. Press Win + R keys together on the keyboard and type the following in the Run box: 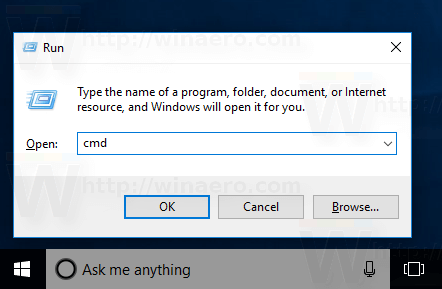 Press Enter to open a new instance of the command prompt.
Tip: See the ultimate list of all Windows keyboard shortcuts with Win keys.

Run the command prompt directly from Explorer
Open any folder in File Explorer. Hold the Shift key on the keyboard and right click an empty space in any directory. In the context menu, you will see the "Open command window here" item. 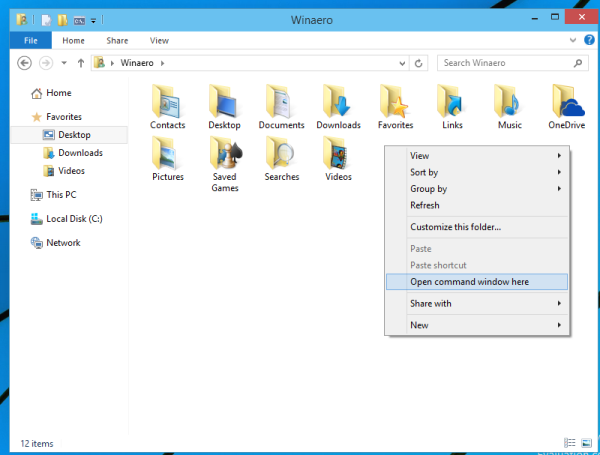 It will open a new command prompt instance at the current folder.

Note: The context menu option has been removed in Windows 10 Creators Update. To restore it, refer to the following article:

Alternatively, you can type cmd directly in the address bar and press Enter. It will also open the command prompt in the currently open folder: 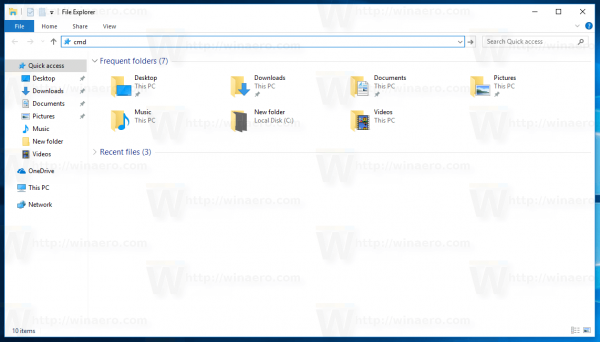 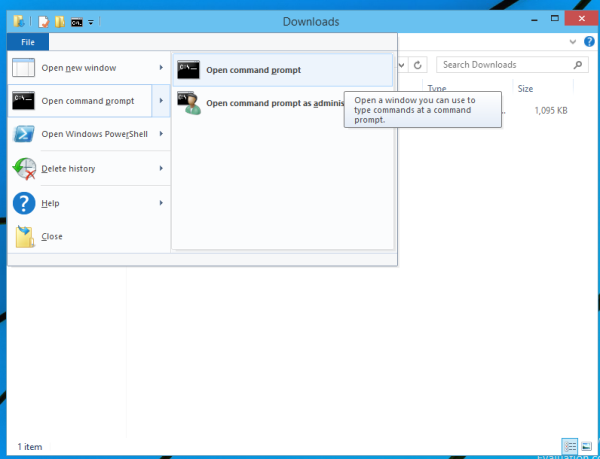 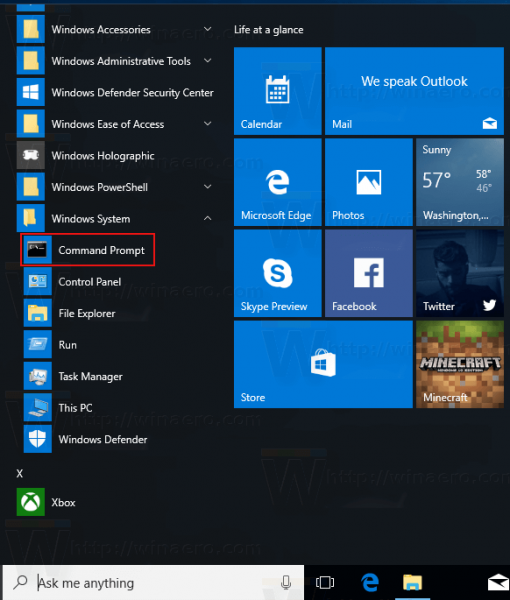 That's it. Now you are familiar with all ways to open the command prompt in Windows 10.