Adobe's Flash Player is something that you need to update constantly. Just 2 days ago, Adobe released an emergency update for Flash Player to fix a critical remote code execution vulnerability that hackers on the web are actively exploiting. However, even if Flash Player's installer has automatic update checking and the ability to update automatically, you may want to download the full Flash Player installer to update multiple machines quickly. Here are direct download links for it.

Here are direct download links for the offline installer for Adobe Flash Player:

Links were removed due to Adobe's official requests, as they want you to visit their official download page, which is https://get.adobe.com/flashplayer/.

The installer is a unified installer which includes both 32-bit and 64-bit versions of Flash Player and will automatically install the correct version. These Flash Player installers only need to be downloaded for Mozilla Firefox, Opera Classic and other Netscape plugin API (NPAPI) browsers and for Internet Explorer on Windows versions earlier than Windows 8. For Google Chrome, Flash Player is built-in and integrated into the browser so it will be updated automatically with Google Chrome. 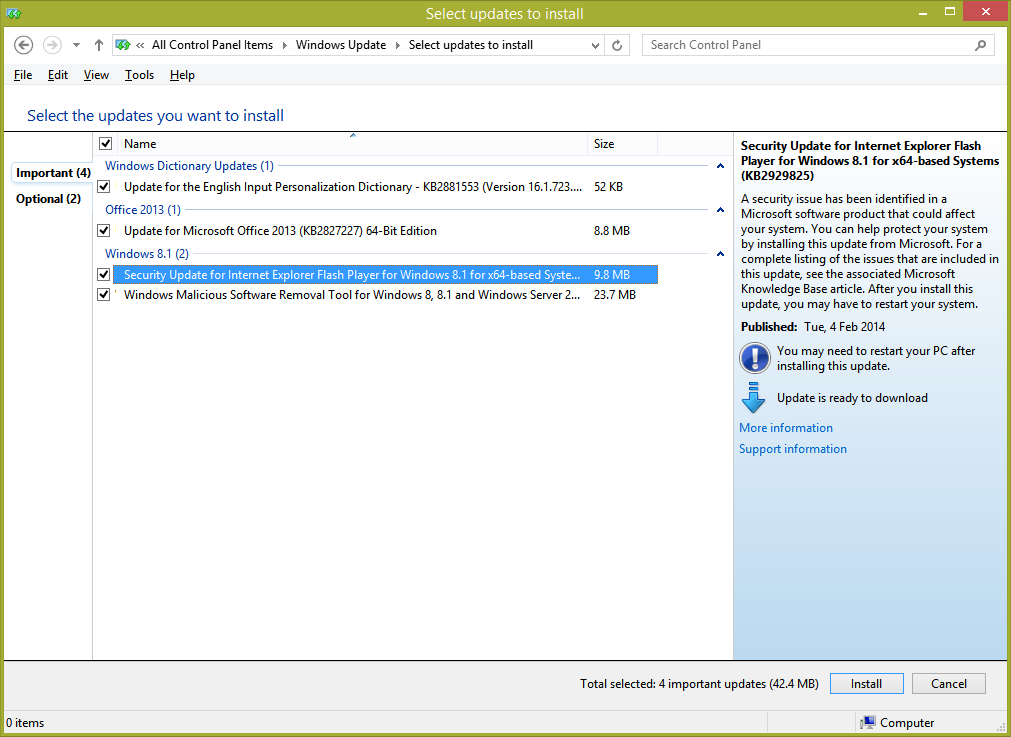 On Windows 7 SP1 and earlier releases of Windows however, you need the ActiveX installer of the Flash Player, linked above, which is separate from the NPAPI version.

These links as of this writing download the offline clean installer of the latest version of Flash Player. If you go to download Flash Player from Adobe's website, it tricks you into using the web installer and tries to install other unwanted crapware products along with it such as McAfee etc. Also the web installer deletes itself if the install is not successful. We hope the links to the offline installers are useful.

As of writing, Flash Player 12 is the current release but even when it updates, the links remain constant. Should they change, we will update the article. Bookmark this post to always find the links to offline full installer of the Flash Player.