When you download files from the Internet, Windows adds zone information to it and stores it in the file's NTFS alternate steam. Windows 10 shows you a security warning every time you try to open it. Some file types are fully blocked from opening. SmartScreen, a security feature of Windows 10, causes this behavior. But even if SmartScreen is turned off, you still get a warning and need to unblock downloaded files. To save your time, you can add a special context menu to unblock files faster.

To avoid it and unblock a single file, you can use either the File Properties or PowerShell. To unblock all files in a folder in Windows 10, you need to use PowerShell.

To save your time, you can add a special context menu entries, so you will be able to unblock the selected file or all files in a folder. See the following screenshots: 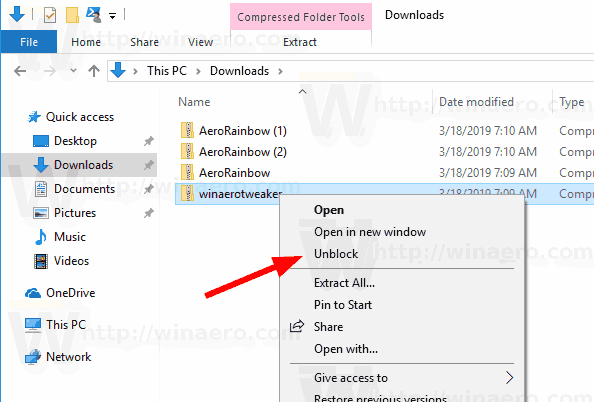 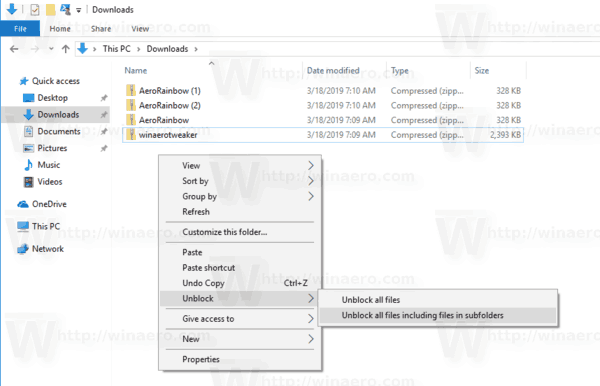 Contents hide
To Add Unblock File Context Menu in Windows 10,
How it works

The Registry files above utilize the following PowerShell commands:

The last two commands will be added to the HKEY_CLASSES_ROOT\Directory branch.

The undo tweak removes them.

The mentioned PowerShell commands are reviewed in detail in the following articles:

If you are interested in learning why Windows is blocking downloaded files, see