As you may remember, Microsoft is testing an update to Cortana in Windows 10. In the latest Insider Preview build, developers separated Cortana and search in the taskbar by giving them individual taskbar buttons and flyouts. A server-side change adds a new section to the search pane.

As you may remember, Microsoft has introduced Fluent Design with Windows 10.

Fluent Design inherited flat icons and square corners from its predecessor, 'Metro', the design language of Windows 8. Finally, Microsoft decided to update the style of the apps. 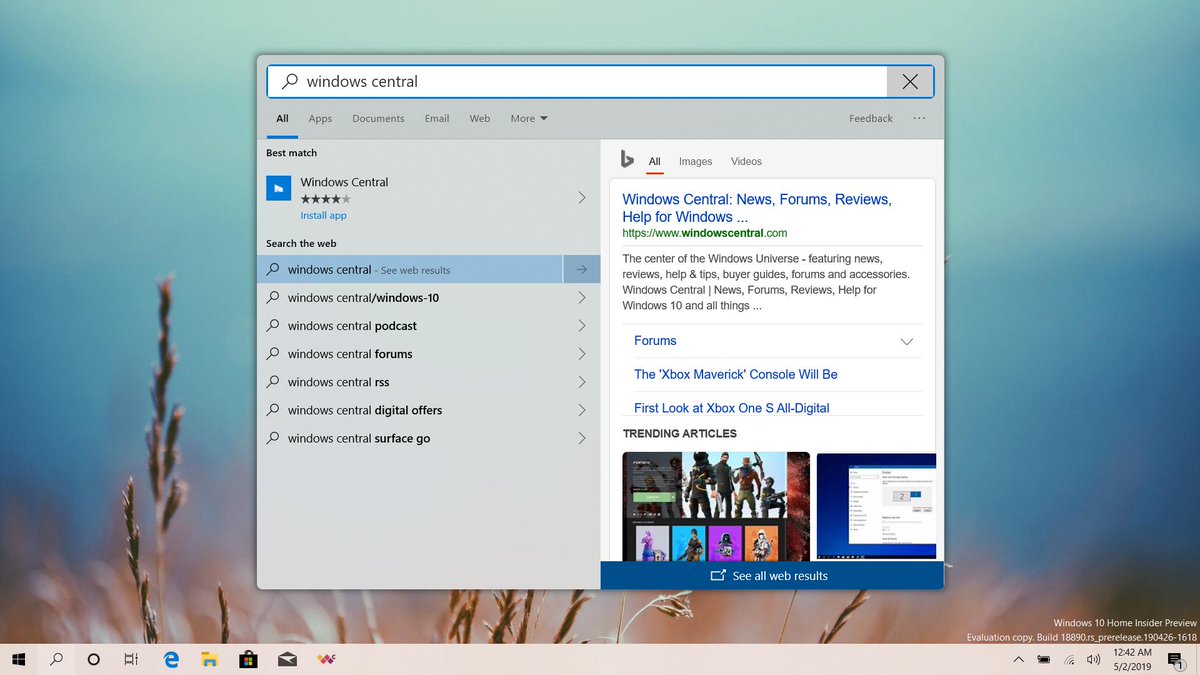 In the development branch of Windows 10 that represents the upcoming version 20H1 of the OS, the search pane comes with rounded corners. According to Zac Bowden, these rounded corners are coming to Fluent Design. You'll see it all over Windows, Xbox, Office, and other products in the coming months/years. The rounded tabs in Microsoft Edge Chromium are another confirmation for the upcoming changes in design.