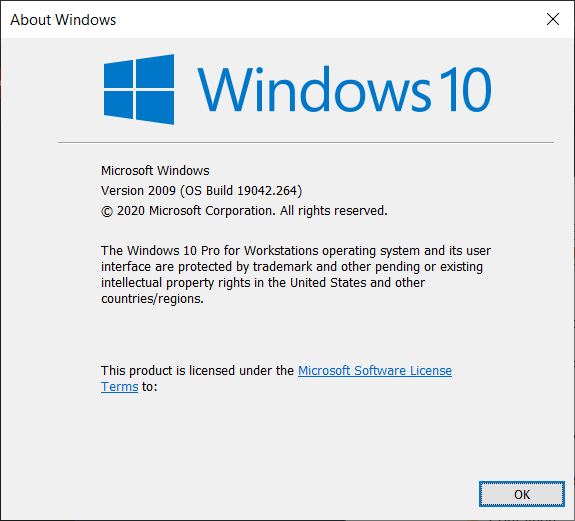 Windows 10 version 1909 works similarly, allowing Microsoft to share the code for both 1903 and 1909 releases, and separating their features via an 'enabler' package.

So, now we know that 20H2 is a minor update with a smaller set of enhancements focused primarily on select performance improvements, enterprise features, and quality enhancements. It is now known as Windows 10 version 2009, but Microsoft may change its marketing name and version in the future.

In September or October 2020 Microsoft will release a switcher patch to convert 20H1 installations into 20H2.

It is interesting that officially Microsoft keeps silence regarding the fact that 20H2 will be a minor, small update. Also, earlier the company claimed that they are not going to release more 19H2-like patches. It looks like the situation has changed.