If you have a business need to translate text in international languages regularly, there are plenty of free online services today as well as paid app solutions for desktop and mobile. Google Translate is one of the most popular ones and also has Android and iOS apps. Microsoft Translator has also been long available. For Windows 8, Microsoft has an app called Bing Translator. I explored some of its features.

The Bing Translator app is only available as a Modern app in the Windows Store for Windows 8/8.1 and Windows RT platforms. The app supports 3 ways to translate text - by typing, by speech input or by using the camera. One of the more interesting features (which first arrived in the Google Translate app) is downloadable language packs which can translate even when you are offline. 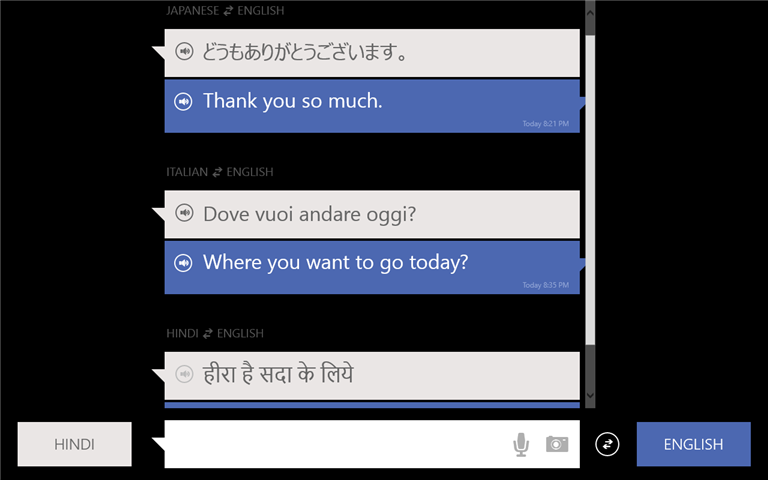 For some limited number of languages, you can translate using your device camera. In camera mode, the app will use optical character recognition and augmented reality technology to do a real time machine translation. This is a great feature when outdoors. You can point your camera at street signs and posters in foreign languages, restaurant menus, newspapers or any printed text which you don't understand and the app instantly shows an overlay of the translated text.

With the January 2014 update, the app now supports speech input too for select languages so you can translate just by speaking in short phrases. Voice translation requires an internet connection however. 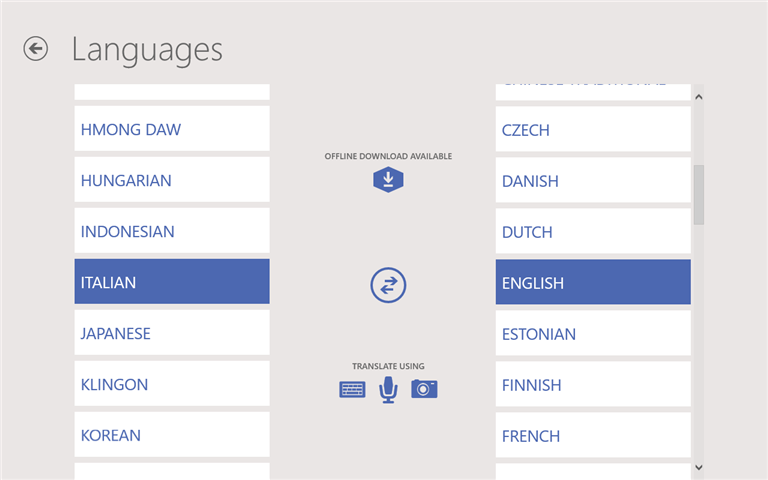 The Bing Translator app has downloadable language packs to translate in offline mode when an internet connection is not available. As of this writing, language packs are available for translation to and from English to Simplified Chinese, Dutch, French, German, Italian, Norwegian, Portuguese, Russian, Spanish and Swedish. Offline translation is less accurate than online translation but still it's a great feature as you can avoid expensive data roaming charges. The offline feature is what got me intrigued as there aren't many free offline translation apps for Windows. I hope in the future that Microsoft makes available more offline language packs. 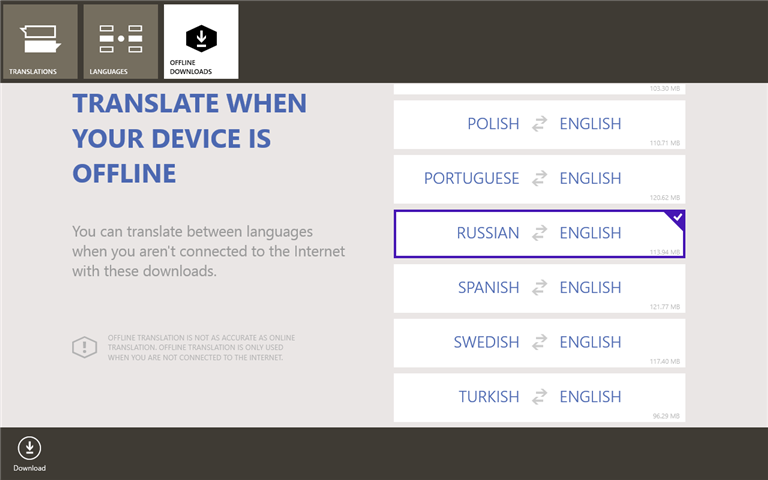 Finally, there is a feature to play back a spoken version of the translation through text-to-speech. This also requires internet access though. Microsoft could have The app keeps a history of your translations and lets you edit and copy them. You can select a translation and report to Microsoft if the translation was correct or incorrect.

The big disappointment of the app is the poor user interface and usability. For traditional PC users, this is very disappointing as the app is geared mostly for touch users. The automatic language detection feature is hidden inside the Share Charm and not exposed anywhere else in the UI. You can't even pick a language from the languages list by pressing an accelerator key. The Windows version of the app feels like it was written only with smaller device screens in mind. With a larger display available, they can make better use of the available screen estate, put everything on one or two pages, and avoid navigating between multiple pages. 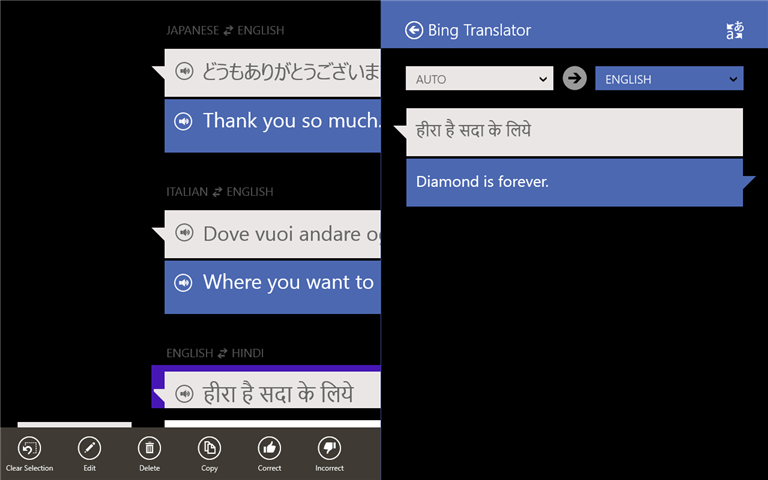 Languages supported as of this writing

While the Bing Translator app falls short of Google Translate's supported languages (more than 70!), it is a decent app for Windows users, since Google Translate app is only available for iOS and Android. I hope that in future releases, Microsoft improves its UI so that it doesn't make the user jump back and forth between pages. A desktop app will be very much appreciated by Microsoft Windows users as well as a simpler way to use the automatic language detection feature.

Update: If you don't need the offline translation feature, the Free Translate 2 app in the Windows Store has a much better UI and has both Google and Bing-powered translation.