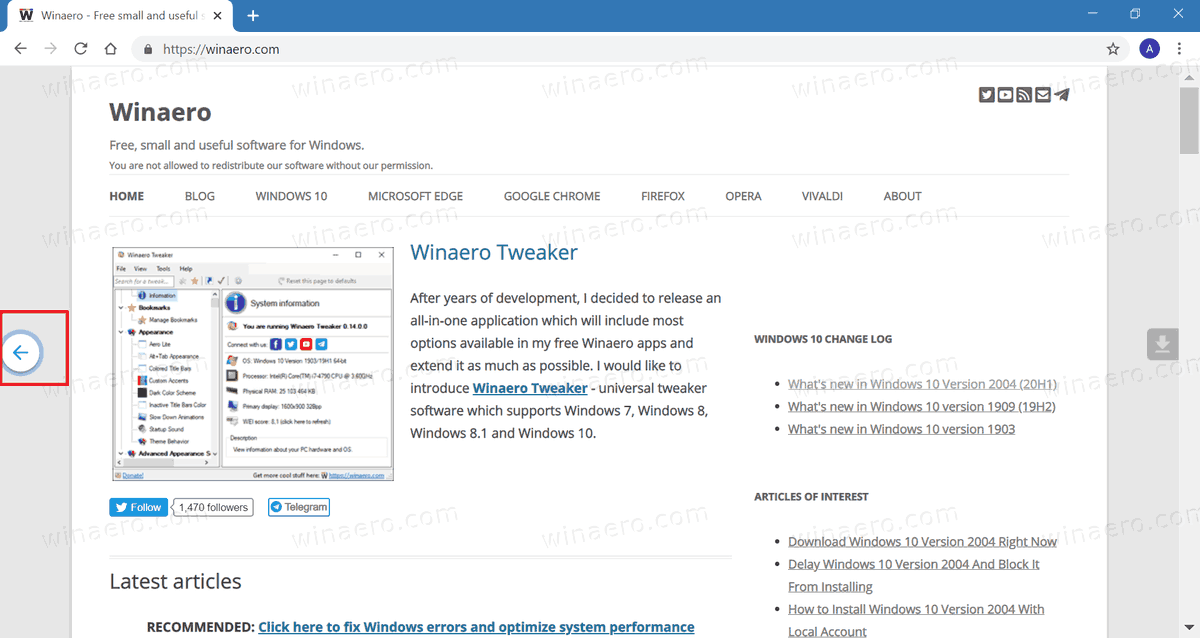 Often users have been found on the web complaining that they triggered the back/forward navigation by accident and lost form data they had typed on a web page. Unfortunately, Google Chrome provides no option in its Settings to disable these touchpad gestures to go back/forward.

Also, there may be times when a web page requires horizontal scrolling, such as when viewing a large image which is zoomed in. Due to these gestures, Chrome prevents the user from using the touchpad to scroll horizontally.

In this article we will see how to disable Backward and Forward Navigation with Touchpad Scroll in Google Chrome.

In earlier versions of Chrome when this feature was experimentally introduced, there used to be a flag called "Overscroll history navigation". Sadly, later the Google devs decided to  remove that experimental flag. However, there is an alternative method!

Follow these steps to disable back/forward navigation with two finger scrolling in Chrome.

To Disable Chrome Backward and Forward Navigation with Touchpad Scroll

If you run the browser using this modified shortcut, or if you enter the Chrome.exe --disable-features=TouchpadOverscrollHistoryNavigation command into the Run dialog, it will have the same effect as setting the above flag.

Beware that Google often removes the flags and command line options, leaving the user without the ability to turn on or off some of the browser's features. So this tweak can stop working in a future version of Chrome again.