Context Menu Tuner is an application which allows you to customize Explorer's context menu in Windows 10, Windows 7, 8 and 8.1. 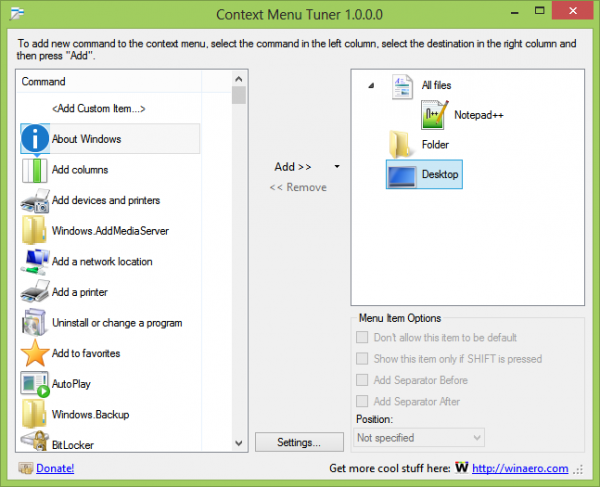 More screenshots are available below.
Latest version is 3.0.0.2, see the change log below.

Unlike other tools, it provides you the following options: 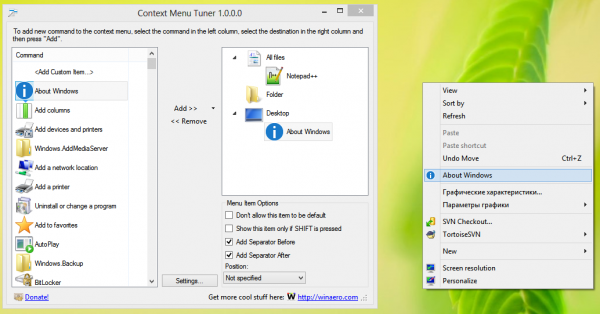 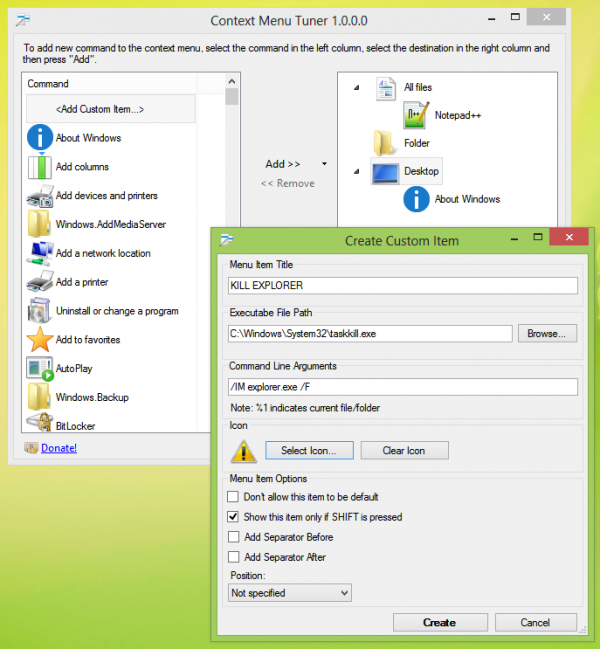 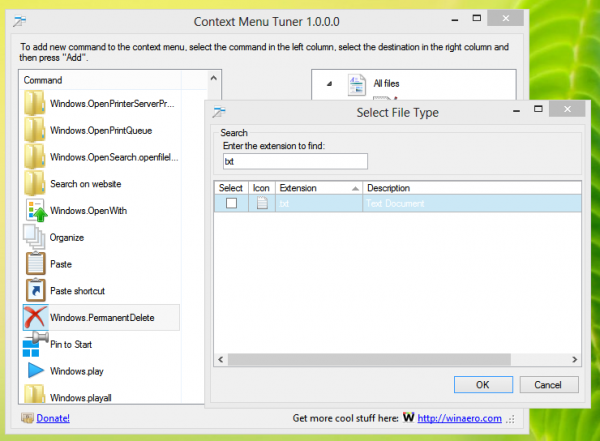 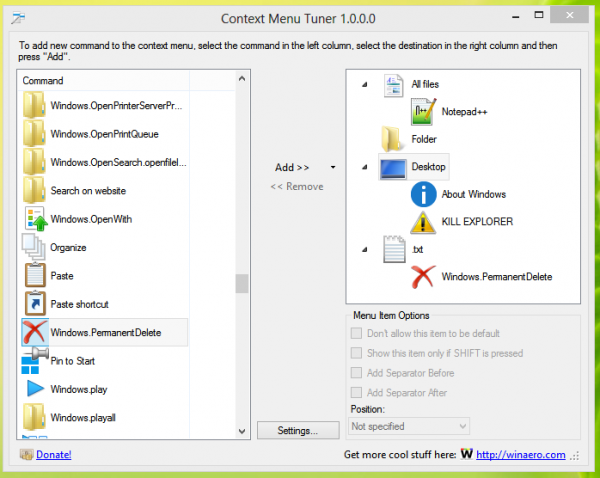 Context Menu Tuner supports all editions of Windows 10, Windows 7, Windows 8 and Windows 8.1. It is the portable application and does not require to be installed. Windows 7 users have to install .NET Framework 4.5 to get this app working.

Context Menu Tuner has translatable UI and you can translate it with simple text file. Just rename the Languages\English_template.ini to YourLanguage.ini and translate strings in that file. That's it. Feel free to send me your translations - I will include them with application zip archive.

v3.0
+The ability to add commands to the drive context menu.
+The ability to add commands to the context menu of Libraries
+The tooltip of a Ribbon command in the list contains the command name.
+The application got a black list with commands which affect the stability of File Explorer. If you found out that some command causes crashes of File Explorer once you added it to the context menu, tell please which command it was in the comments. I will add to the black list and it won't appear in the list of available commands any more.