Microsoft pulls Notepad from the Store, making it a bundled app again. Microsoft was about to update it independently from the OS, but this plan has been cancelled.

In recent 20H1 builds, Notepad, along with Paint and Wordpad, were listed under Optional features. 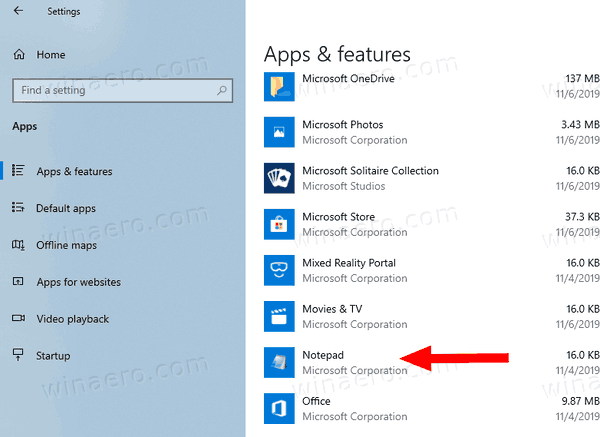 Having Notepad in the Store not only allowed Microsoft to update it frequently, but also allowed users to uninstall it. According to the company, this could allow them to quickly respond to issues and feedback for Notepad, and to deliver new features to app users much faster.

However, the situation has changed with Windows 10 Build 19035. The official announcement states:

Thank you for all the feedback you provided on the Store version of Notepad. At this time, we’ve decided not to roll this out to customers. Insiders may notice some changes as we remove this change from this build:

So, if you had pinned Notepad to the taskbar, or set it as the default editor for some unknown extension, you will have to repeat the procedure(s).

Personally, I don't think that Notepad removal from the Store will have any negative side. What about you? What are your thoughts about this change?

You are here: Home » Windows 10 » Windows Notepad is removed from the Microsoft Store

2 thoughts on “Windows Notepad is removed from the Microsoft Store”