Yesterday, Microsoft officially announced a new high-end edition of Windows 10. It is Windows 10 Pro for Workstations, formerly known as Windows 10 for Advanced PCs. Let's see which features it includes. 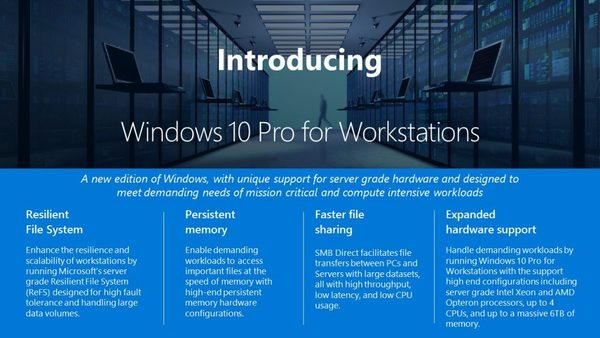 The new edition of the OS targets mostly power users. It comes with support for server grade PC hardware and aims to increase the performance and reliability of high-end PCs.
Microsoft mentioned the following highlights.

Windows 10 Pro for Workstations is expected to be a part of Windows 10 Fall Creators Update, which will become available this fall.