Microsoft is releasing a new build from the 20H1 development branch to insiders in the Fast ring. Build 18936 adds the ability to quickly create a new calendar event right from the taskbar, allows enabling passwordless sign-in for Microsoft accounts, and more.

Here are the changes.

Quick Event Create from the Taskbar

Do you ever open the clock and calendar flyout to help organize your thoughts while making plans? We’ve been working on making it easier to create new events and reminders, and are happy to announce that as of today, all Insiders in the Fast ring should see this when you click on the date in the taskbar: 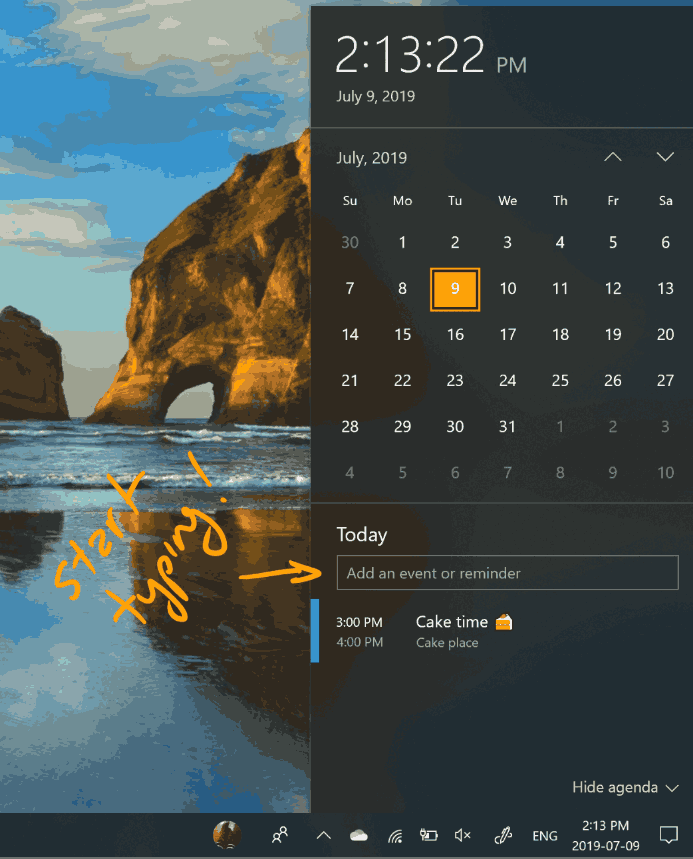 Pick your desired date and start typing – you’ll now see inline options to set a time and location. We’re looking forward to you trying it out! Let us know if you have any feedback.

Go passwordless with Microsoft accounts on your device

For improved security and a more seamless sign-in experience, you can now enable passwordless sign-in for Microsoft accounts on your Windows 10 device by going to Settings > Accounts > Sign-in options, and selecting ‘On’ under ‘Make your device passwordless’. Enabling passwordless sign in will switch all Microsoft accounts on your Windows 10 device to modern authentication with Windows Hello Face, Fingerprint, or PIN. Don’t have Windows Hello set up yet? No problem! We’ll walk you through the setup experience on your next sign-in. Curious how a Windows Hello PIN is more secure than a password? Learn more here.

Please note: This feature is currently being rolled out to a small portion of Insiders and the above option may not show for all users in Settings. If the toggle isn’t showing for you yet, check back in a week so. 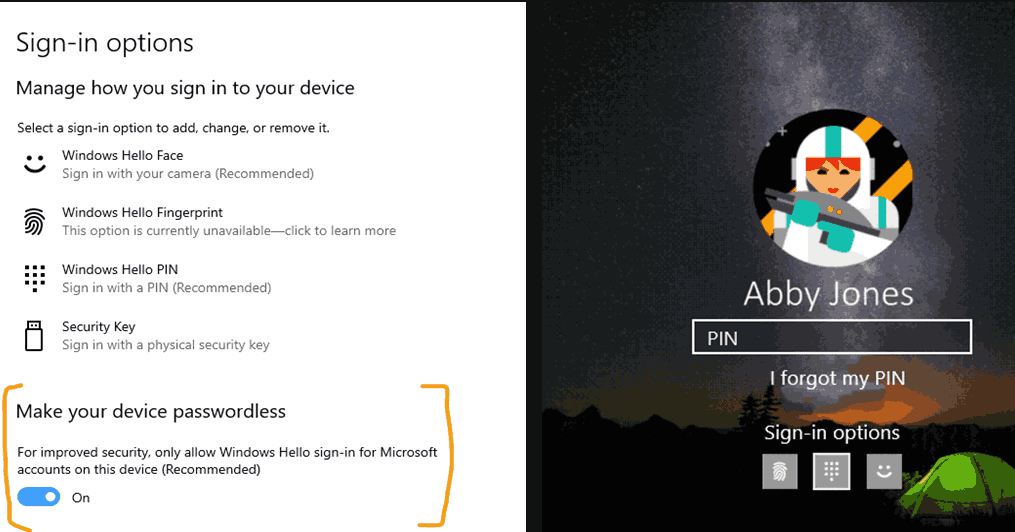 If you have configured your device to receive updates from the Fast Ring ring, open Settings - > Update &recovery and click on the Check for Updates button on the right. This will install the latest available Insider Preview of Windows 10.
Source: Microsoft