Microsoft is releasing a new build from the development branch. Insiders who opted in to Skip Ahead are getting Windows 10 Build 18845. For a specific reason, this build is coming from the 20H1 development branch, and not from 19H2, as was expected. Let's see what's new in this release.

Usually, Microsoft releases two feature updates per year and tests them with participants of the Fast and Skip Ahead rings. According to Dona Sarkar, additional testing is required for builds from the 20H1 branch, so 18845 is a build released over a year before 20H1 is scheduled to RTM.

With Build 18277, Insiders got their first look at the Emoji 12.0 emoji. In early February, the set of emoji to be included with Emoji 12.0 was finalized by Unicode, and with today’s build when you press WIN+(period) or WIN+(semicolon), all of these emoji now have keywords hooked up to make them easy to search for. Try it once you install the build! Keywords include otter, sloth, waffle, ballet shoes, and more. 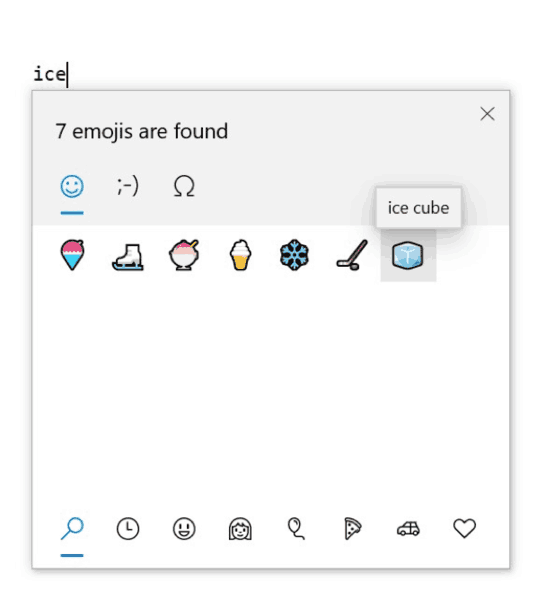 If you haven’t tried it already, be sure to also check out our new Kaomoji and Symbols section in the picker – makes it super easy to type things like (☞ﾟヮﾟ)☞ or em dash!