If you are using the WSL feature in Windows 10 (formerly known as Bash On Ubuntu), you definitely know that you can install and run multiple Linux distros from Microsoft Store. openSUSE Enterprise 15 SP1 joins them, so you can be download and install it in WSL.

Microsoft has update SUSE Enterprise Server to version 15 SP1 on the Store. 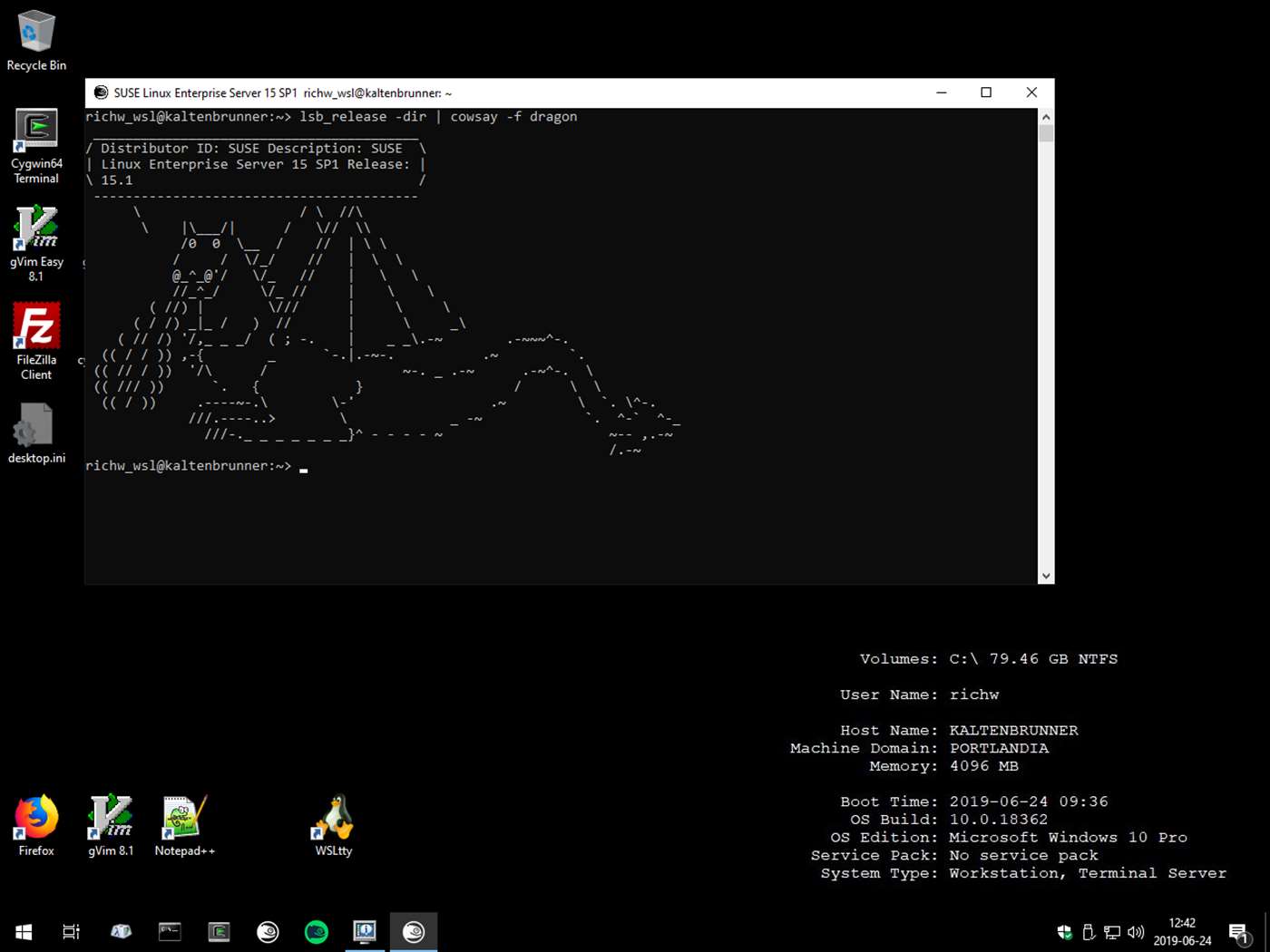 SUSE Linux Enterprise Server 15 SP1 is a multimodal operating system that paves the way for IT transformation in the software-defined era. The modern and modular OS helps simplify multimodal IT, makes traditional IT infrastructure efficient and provides an engaging platform for developers. As a result, you can easily deploy and transition business-critical workloads across on-premise and public cloud environments. SUSE Linux Enterprise Server 15 SP1, with its multimodal design, helps organizations transform their IT landscape by bridging traditional and software-defined infrastructure.