Windows 10 version 1903, also known as "19H1" and "April 2019 Update"  is almost complete. Windows 10 version 1903 is expected to reach the RTM stage in March. A webcast issued by Microsoft reveals a number of changes made to the setup program. It now displays more details about errors which prevent the OS from upgrading.

The current implementation of the setup program doesn’t show easy to understand information when an error occurs during the setup process. Starting in version 1903, the Windows installer will handle compatibility problems differently. If it detects a compatibility issue  with some app or driver, a special screen will appear with a detailed description of the issue, including the action the user needs to take to resolve it and upgrade his or her device successfully.

Microsoft has acknowledged the following problems with the current Windows 10 setup experience:

The updated setup experience will include the following improvements:

Here is how the error screen looks in the current version of Windows 10 (1809): 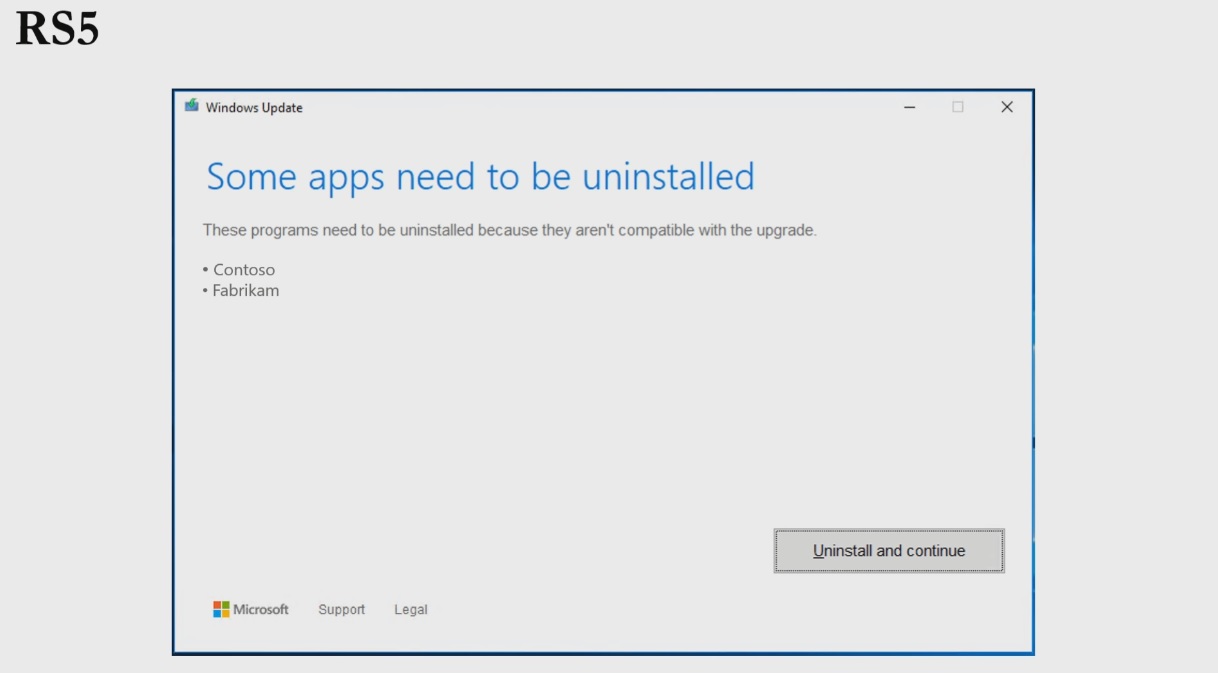 The next screenshot demonstrates the changes made to the same page in Windows 10 version 1903. 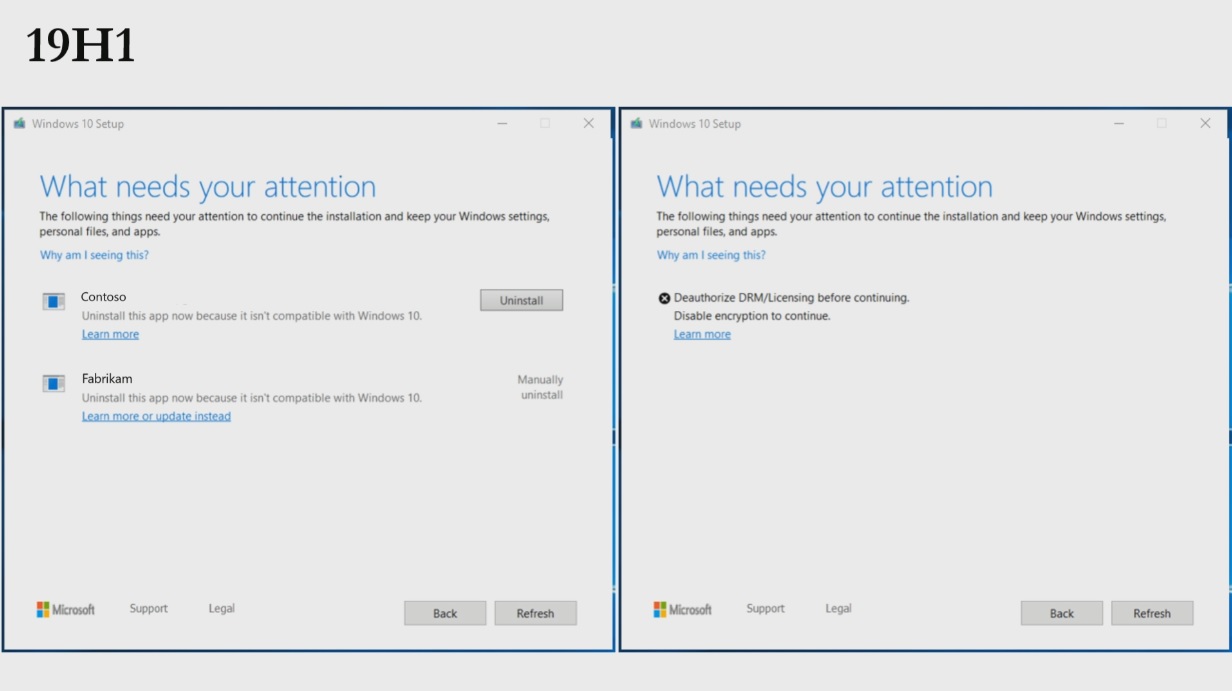 As you can see, the new screen displays application icons, a "Learn more" next to the name of the app, and actions that can be taken directly, wherever applicable.

The changes are expected to arrive with the final version of Windows 10 "19H1" this Spring. Besides these changes, Windows 10 version 1903 "April 2019 Update" introduces several new features and improvements such as the new Light theme, Windows Sandbox, Reserved Storage, Start and Settings refinements, and more.

Thanks to Windows Latest.