In Windows Vista, Microsoft added UAC (User Account Control), which prevents privilege escalation for running apps and requires explicit user confirmation in case the application needs to perform an elevated task. Some console commands also require elevation. So, if you accidentally type such a command in the regular command prompt window, it will fail. You need to open yet another, elevated command prompt instance. Most people don't know how to open an administrator command prompt and it is not easy for them.

To solve this issue, you can use ELE.exe - a tiny console application I coded to open a new console window at the current directory from the existing command prompt window.

The usage of ELE is very simple.

Just type ele at a non-elevated command prompt and press Enter. It opens a new console window as administrator in the current directory:

Put ele.exe in any folder which is included in your system %PATH% environment variable, e.g. C:\Windows. That will make it accessible from any folder and you will not need to type the full path to ele.exe every time you want to elevate the command prompt.

This is not the only way to can use ELE. It can be integrated into your favorite file manager, like File Explorer, FAR Manager or Total Commander. Here are a few examples below.

If you copy ELE.exe to any directory in your system path such as C:\Windows, then you can simply press Alt+D while you are working in any folder to take the focus to the address bar, and type there: ele and press Enter. An elevated command prompt will open at the path you are in. This is a fast method using the keyboard.

It is also possible to integrate ELE with the File Explorer app. Once this is done, you will be able to open an elevated command prompt from the context menu directly.

To get it working, just merge the following Registry tweak: 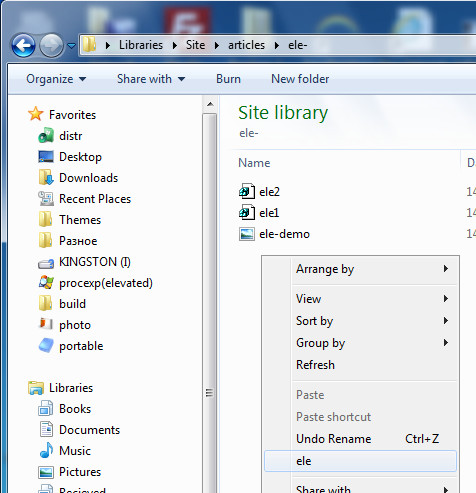 Just drag and drop ele onto the toolbar in Total Commander and remove the "Start path" value for the button you just created as shown below: 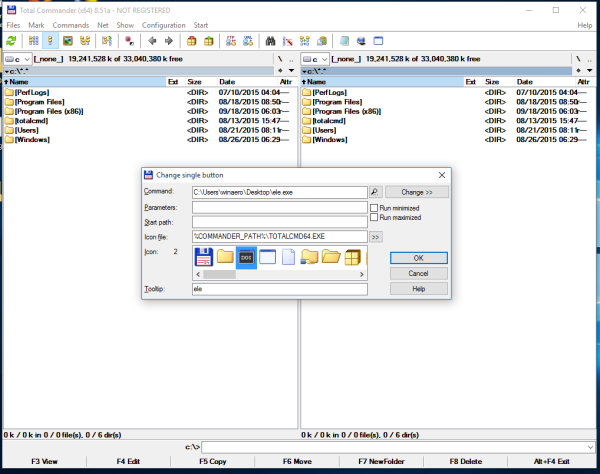 That is required so ELE opens an elevated command prompt window using the directory opened in the active panel of Total Commander.

FAR Manager, the open source console file manager which was very popular some time ago, has a nice feature called "User Menu". It is a special menu which appears when you press the F2 key. The user can add his own commands to that menu, so ELE can be added there.
Press F2, then press INS. Type ele.exe in the command box and you are done: 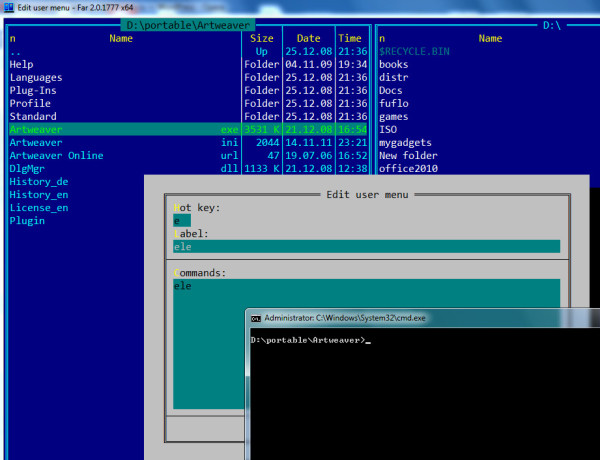 Besides these uses, it is possible to use ELE to run desktop apps elevated. It might be useful in batch files and so on. The syntax should be as follows:

For example, the following command will open Notepad elevated with the file specified after it:

That's it. If you found anything to say about ELE, report a bug or make a suggestion, you are welcome to comment.