As you might be knowing, Windows 10 features Virtual Desktops, called Task View. It allows you to have more than one desktop without using third party tools. For example, if you have opened your Firefox browser on Desktop 1, you can start another instance of Firefox on Desktop 2. When you click the Firefox icon on the taskbar on Desktop 2, it will take you back to Desktop 1. Here is how to make it remain on Desktop 2. 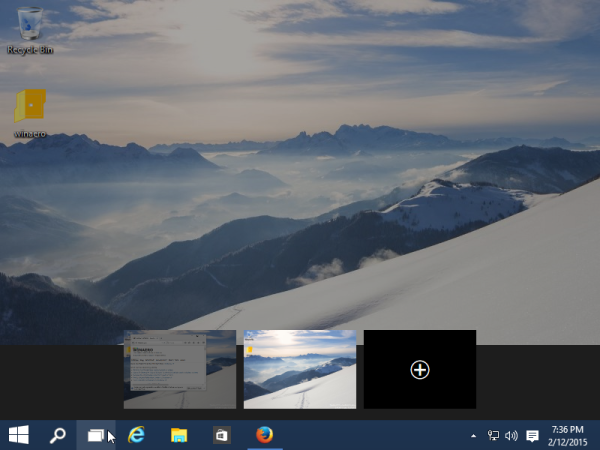 To achieve the desired behavior described above, all you need to do is hold down the Shift key on the keyboard and click the app's icon on the taskbar in Desktop 2:

The new instance on the application will be opened on the active Desktop, so you will get two windows of the Firefox browser, one on Desktop 1 and the other on Desktop 2. 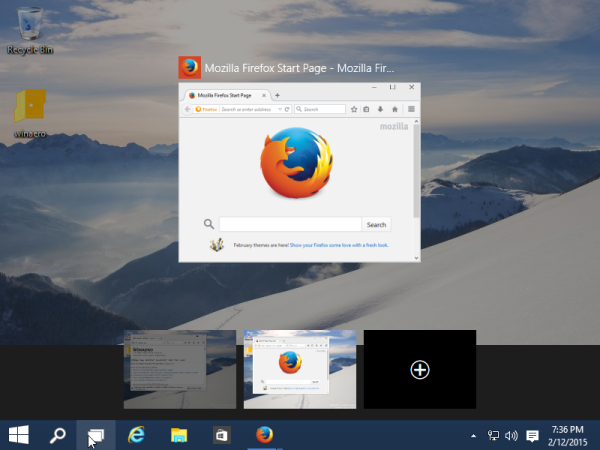 This feature is not actually new: starting with Windows 7, if you hold down the Shift key and click a running app on the Taskbar, a new instance of the running app will be opened.

Unfortunately, this trick does not work for Modern apps! The Metro apps that you install are all designed to run in the single instance, so you cannot open any Modern app multiple tiles, once on each desktop.

Hopefully this trick is useful to you.

You are here: Home » Windows 10 » Open a new instance of the running app on a separate Desktop in Windows 10