As you may already know, Microsoft released Windows 10 Build 16170 to the Fast Ring of updates for the Windows Insider program. While this build doesn't come with new features, an interesting change can be spotted right in the Start menu.

If you open the Start menu in the Cloud Edition of Windows 10 Build 16170, you will see three brand new tiles for Office Desktop apps! The Office suite is not installed and doesn't come bundled with this build. These tiles in the Start menu lead to the Store. 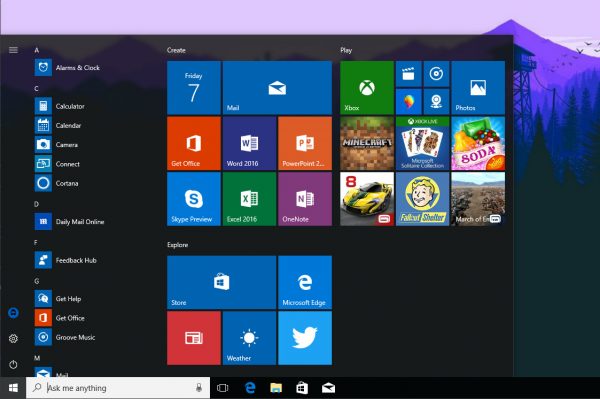 This indicates that Microsoft is going to put their Office desktop apps in the Store in the near future. As of this writing, the links do not work, but this should resolve over the next few months running up to the Fall release of Redstone 3.

Windows 10 Cloud Edition is known as the upcoming successor to Windows RT. It will run on devices with ARM-based CPU. As you may remember, Windows RT was able to to run Office apps out-of-the-box. With Windows 10 Cloud, the user will be able to install them from the Store.

Office apps are expected to be converted by Microsoft into Store apps. They will be using their Project Centennial tool to achieve this; there will be no special UWP or ARM compiled binaries for Windows 10 Cloud. This indicates that UWP apps still cannot replace Desktop apps, especially complex apps like Microsoft Word or Excel so Microsoft is merely bridging the APIs so such apps require Windows 10 and run only on UWP.