It appears that Microsoft kept their promise and started locking updates for Windows 7 and Windows 8.1 for those trying to run these operating systems on Intel Kaby Lake or AMD Ryzen CPU families. Users who installed April 2017 updates faced this serious issue along with new restrictions which were not announced initially.

After installing these updates, when the user tries to check for subsequent updates, the following dialog window appears on the screen: 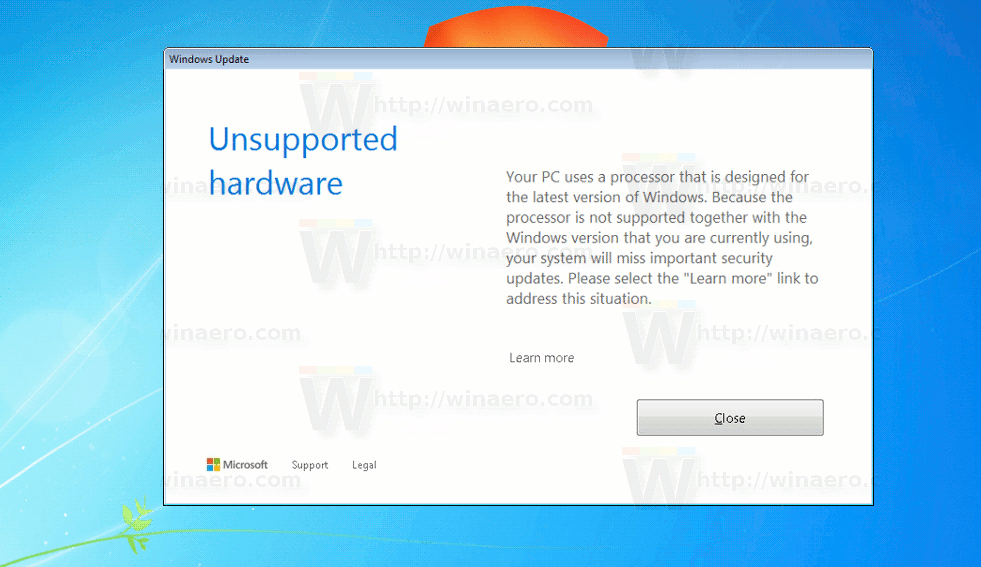 Your PC uses a processor that is designed for the latest version of Windows. Because the processor is not supported together with the Windows version that you are currently using, your system will miss the important security updates.

Microsoft provides support for Intel's Kaby Lake and AMD's Ryzen CPU series (and all new processors going forward) only in Windows 10. This is purely a business decision, not a technical one to force more people to use Windows 10. In order to receive updates, the user has no choice but to move to the latest operating system version.

This change is even more restrictive with April 2017 updates than we could imagine. Every time you start Windows 7 or Windows 8.1 on PCs with the above mentioned CPUs, you'll see an "Unsupported Hardware" nag after a few minutes!

If you try to install an update manually using the standalone update installer, the operating system will terminate the update process! The following message box will appear: 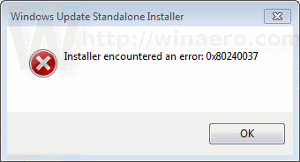 But that's not all. The April 2017 updates also "accidentally" blocked updates for Windows 7/8.1 users running the OS on the AMD Carrizo CPU which is a 6th generation microprocessor!

Microsoft has also worked with its partners, Intel and AMD so they do not make drivers for users running older releases of Windows on newer hardware.

Such hostile moves are likely to alienate many customers permanently. There is a possibility that some users will boycott Windows 10 and switch to Linux instead.

You are here: Home » Windows 10 » New CPU lock in Windows is now live and more restrictive