The changes made their first appearance in the Windows 10 20H1 branch. It is expected that the renamed app will be included to Windows 10 Spring 2020 update. Besides the new name, there are no functionality changes expected for Windows 10 users. 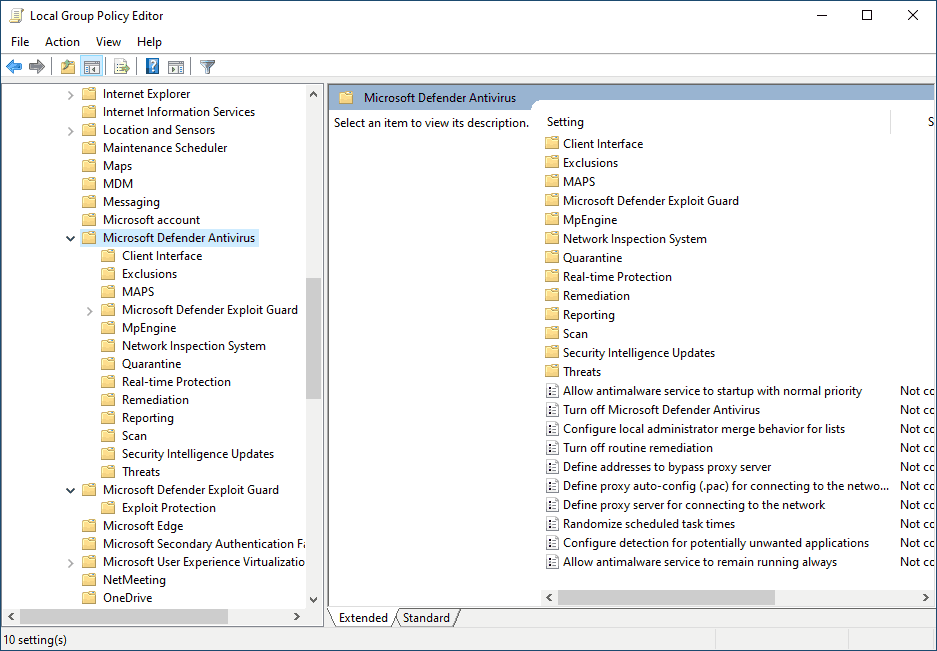 The Windows Defender app and all its feature retain their old names in Windows 10 Build 18941, but it is a matter of time to see them rebranded.

Windows 10 allows to only temporary disable Windows Defender with a special option in Windows Security. After some period of time, it will be re-enabled automatically.

This behavior is unwanted for many users who want to disable the app permanently. Here is how it can be done: