The classic Paint app which comes bundled with Windows 10 is familiar to almost every user. Microsoft is updating the application with new accessibility features that should make the app easier to use.

As you may remember, starting with build 17063, the classic Microsoft Paint app in Windows 10 had a "Product Alert" button. Clicking on the button opens a dialog that suggests that the app will be occasionally replaced with Paint 3D, and will be moved to the Store. Many people were not happy with this move from Microsoft. They were not ready to exchange the good old mspaint.exe with a completely different Store app because the old Paint has its own advantages and Paint 3D does not surpass it in every way. Classic Paint always loaded much faster, and had a more usable and friendlier user interface with superior mouse and keyboard usability.

Starting in Windows 10 Insider Preview build 18334 Microsoft has silently removed the Product Alert notice. See the screenshot from that build:

The button is missing in the toolbar.

Finally, Microsoft is updating Paint with a number of new features with the release of the Windows 10 May 2019 Update, version 1903.

Microsoft Paint is already fully functional with mouse and multi-touch tablet input. From now, it will be possible to use the app and draw with only the keyboard.

Note: The following image was produced during validation testing, created using only Keyboard input in MSPaint. 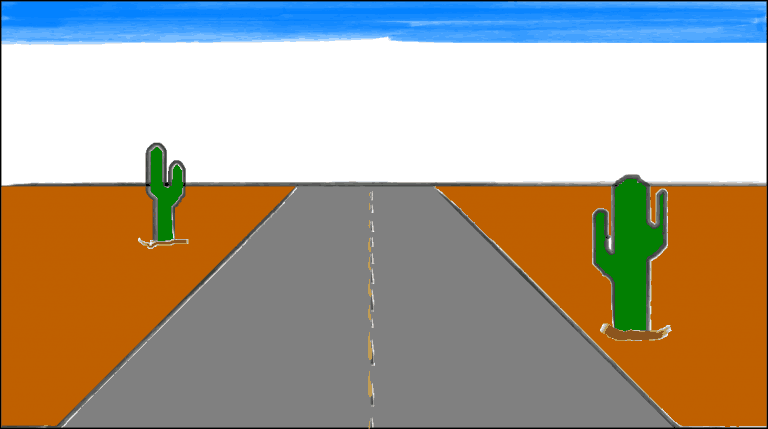 It looks like Microsoft has eventually figured out using the collected Telemetry data that only a small number of users actually use Paint 3D instead of the classic Paint app. Personally, I am happy to see the classic Paint app being bundled with Windows 10 and receiving updates.

You are here: Home » Windows 10 » Microsoft is Updating Paint with New Accessibility Features

2 thoughts on “Microsoft is Updating Paint with New Accessibility Features”