Linux Mint 18.2 is the upcoming version of the popular distro. The user can download the first beta version with Cinnamon and MATE editions to try it out. Let's see what it offers to the end user.

Linux Mint 18.2 comes with the updated software and brings a number of refinements and new features to make your desktop experience more comfortable to use. 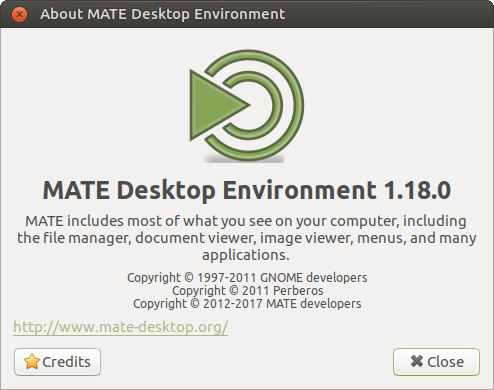 Cinnamon is Linux Mint's flagship desktop environment. Started as a Gnome fork, now it is fully independent. See its change log here: Cinnamon 3.4 is out 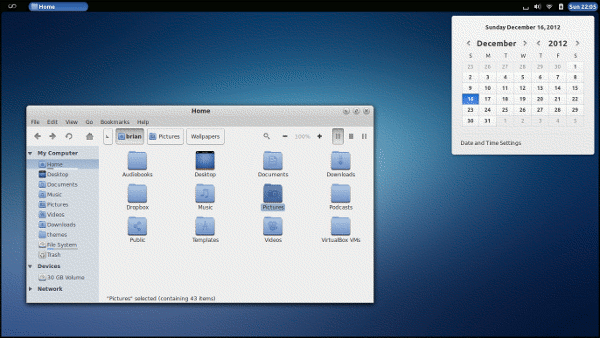 A new user interface for Bluetooth is coming to Linux Mint 18.2. It features a revamped look: 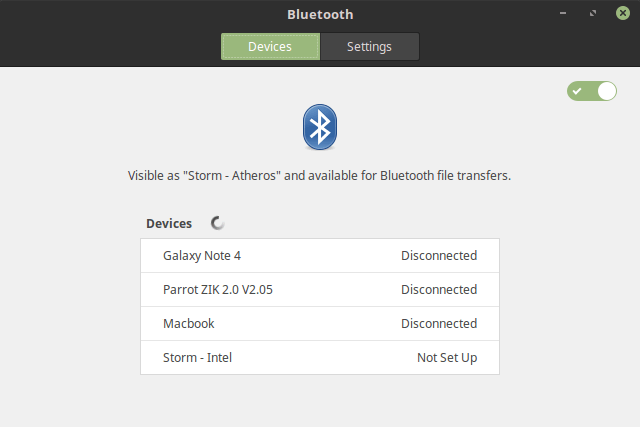 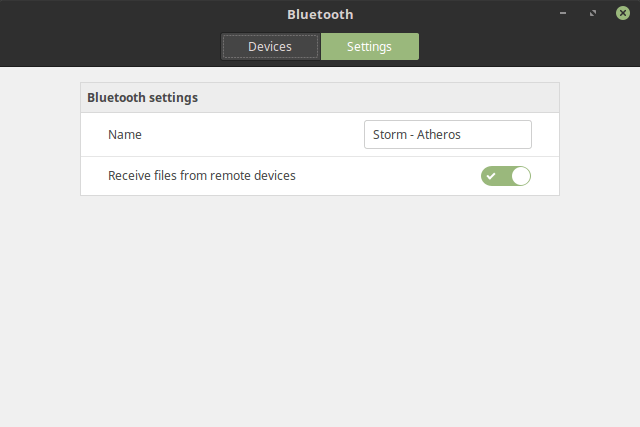 It features a Bluetooth stack switcher in the toolbar along with new settings.

OBEX file transfers are now supported out of the box, so you can send files very easily over Bluetooth to your computer from any remote device.

An option was added so you can change the Bluetooth name of your computer. That name usually defaults to your hostname or to “mint-0” and many people don't know how to change it via the command line.

Last but not the least, in addition to its cross-desktop system tray, Blueberry now provides a Cinnamon applet which uses symbolic icons and looks similar to other status applets, such as power, sound or network applets. When this applet is present, the tray icon is hidden.

Linux Mint 18.2 is a long term support release which will be supported until 2021. It comes with the updated software and brings a number of refinements and many new features to make your desktop experience more comfortable to use.

Xed, the new default text editor in Linux Mint 18, is getting some improvements. "Word wrap" was made more accessible and added to the menu, so you can enable/disable that function without going to Xed's preferences.

You can also select a few lines and sort them by pressing F10, or using “Edit -> Sort Lines”.

You can now zoom in and zoom out with the menu, keyboard shortcuts or also the mouse wheel to modify the size of text. 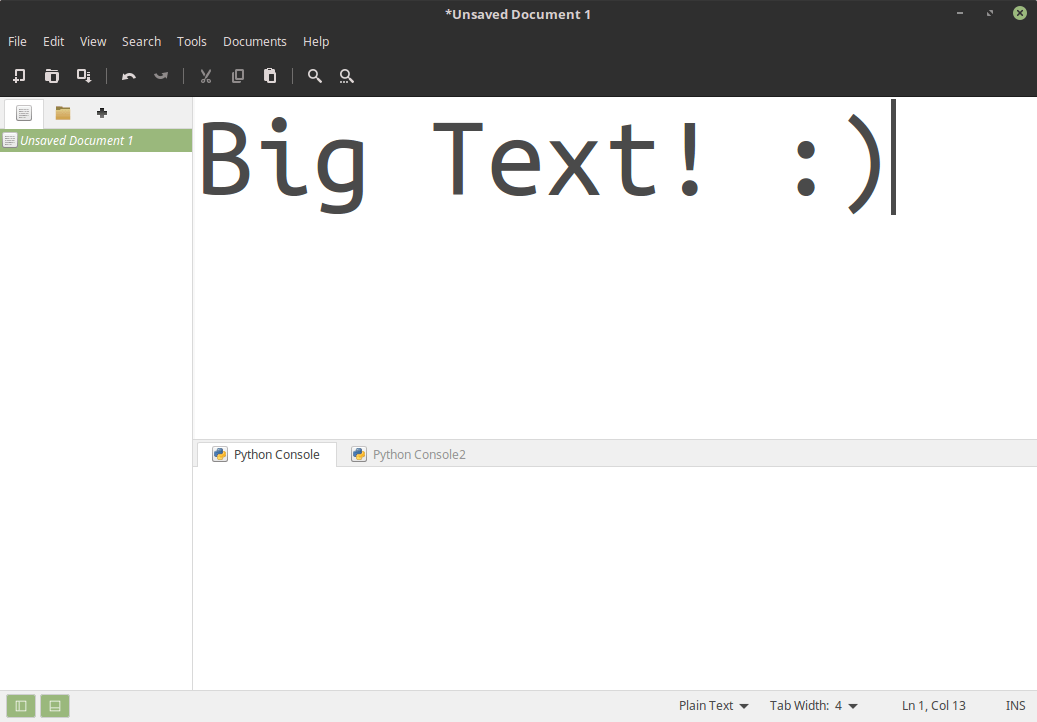 The ability to prefer dark themes was added, so if you’re using Mint-Y-Darker for instance, you can select whether your text editor should be light or dark.

The search now supports regular expressions. Also, you can now switch between tabs with the mouse wheel. 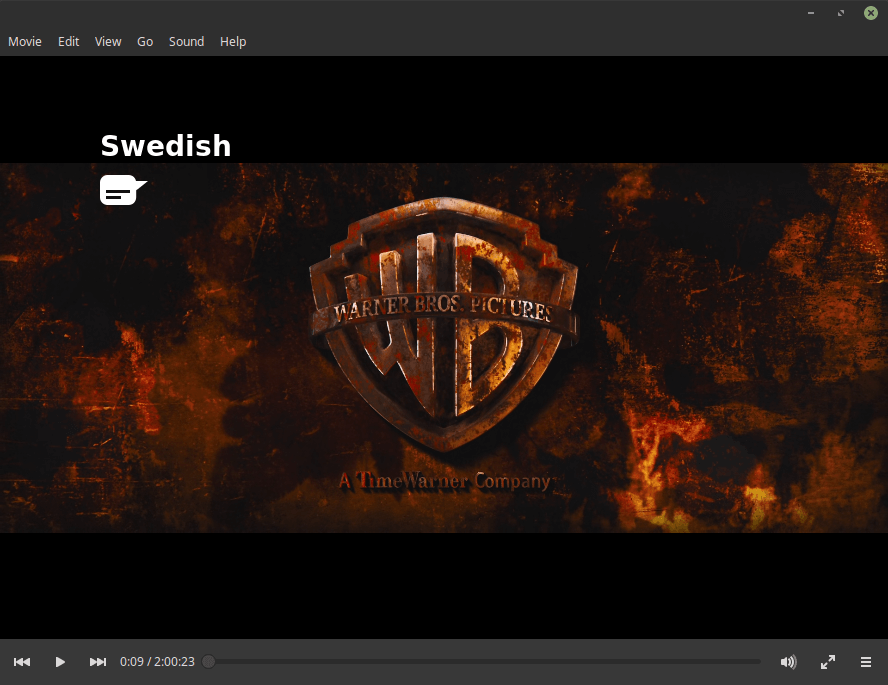 All the controls and the seek bar were placed on the same line and the statusbar was removed to make the application more compact.

You can now control the playback speed with the same keyboard shortcuts as in MPV, so you can make your own slow motion replays, or watch lengthy matches in about half the time it would take otherwise.

Subtitle files are now loaded automatically but subtitles are also now hidden by default. You can switch them ON or OFF, or cycle through subtitles tracks by pressing “S” on the keyboard.

You can also cycle through audio/language tracks by pressing “L” on the keyboard.

The OSD (on-screen display) is fixed now and shows the audio track or subtitle track or playback speed that you have selected, or your position in the movie when seeking forward or backward.

The Pix image viewer app got improved keyboard and mouse shortcuts. Now they are more intuitive and consistent with other applications such as Xviewer. Its toolbar and menu icons will switch to symbolic icons to improve support for dark themes. 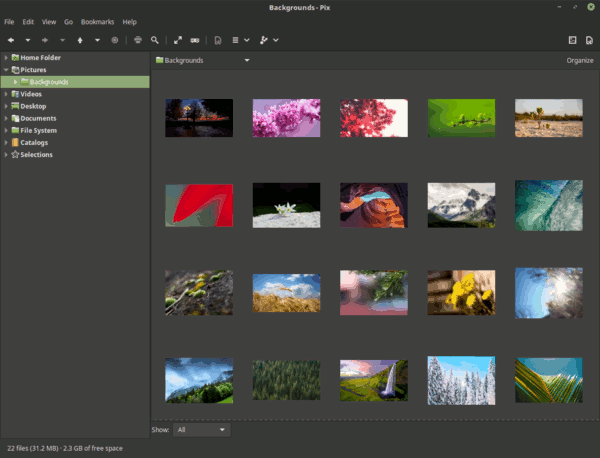 Xreader is a PDF reader and document viewer app. In this release, it received many bug fixes and improvements. Its toolbars and sidebars were redesigned to make the application look cleaner. 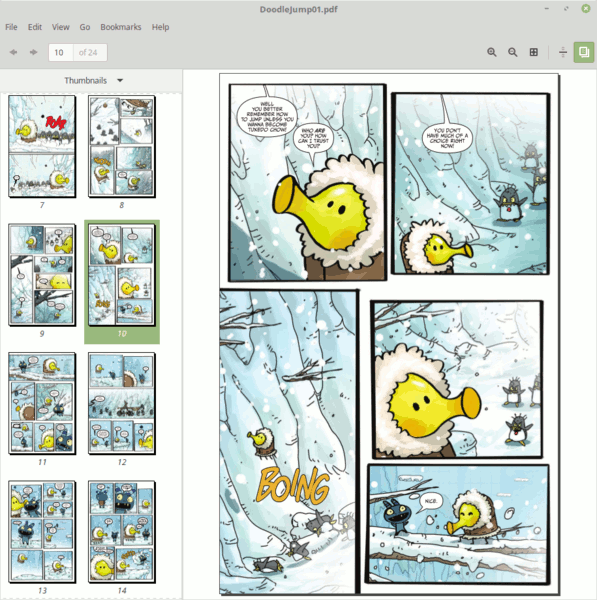 Just like Xreader and Pix, Xviewer's toolbar was also redesigned and it received support for dark themes. 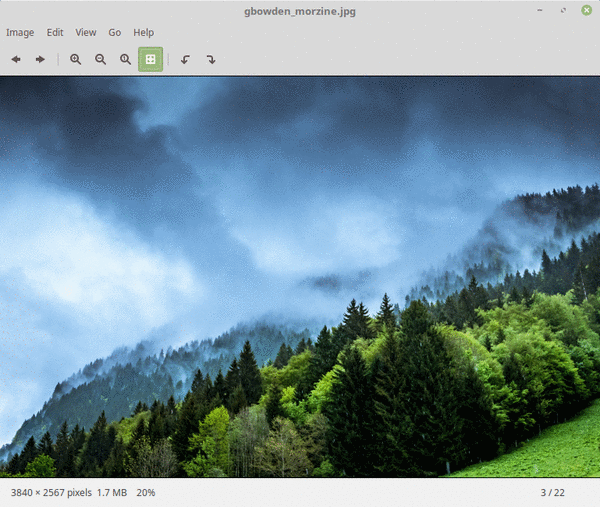 Besides these changes, there are tons of improvements and fixed in Linux Mint 18.2 Beta. Refer to the official change log here: