Mozilla is today releasing Firefox 66 to the stable branch. Let's see what is new in this version of the popular browser.

Firefox 64 is a major release of the Quantum engine-powered browser. Firefox Quantum comes with a refined user interface, codenamed "Photon". The browser doesn't include support for XUL-based add-ons any more, so all of the classic add-ons are deprecated and incompatible. See

With Scroll Anchoring, you can start reading a page with a huge number of images and other media elements without waiting for all blocks to be rendered on it.  Scroll Anchoring should eliminate unexpected page content jumps that happen when images and ads are being asynchronously loaded at the top of the page, making you scroll the page down.

Firefox 66 includes a new option under Options > Privacy and Security > Permissions. It is called Block websites from automatically playing sound, and comes with a list of exceptions the user can define. 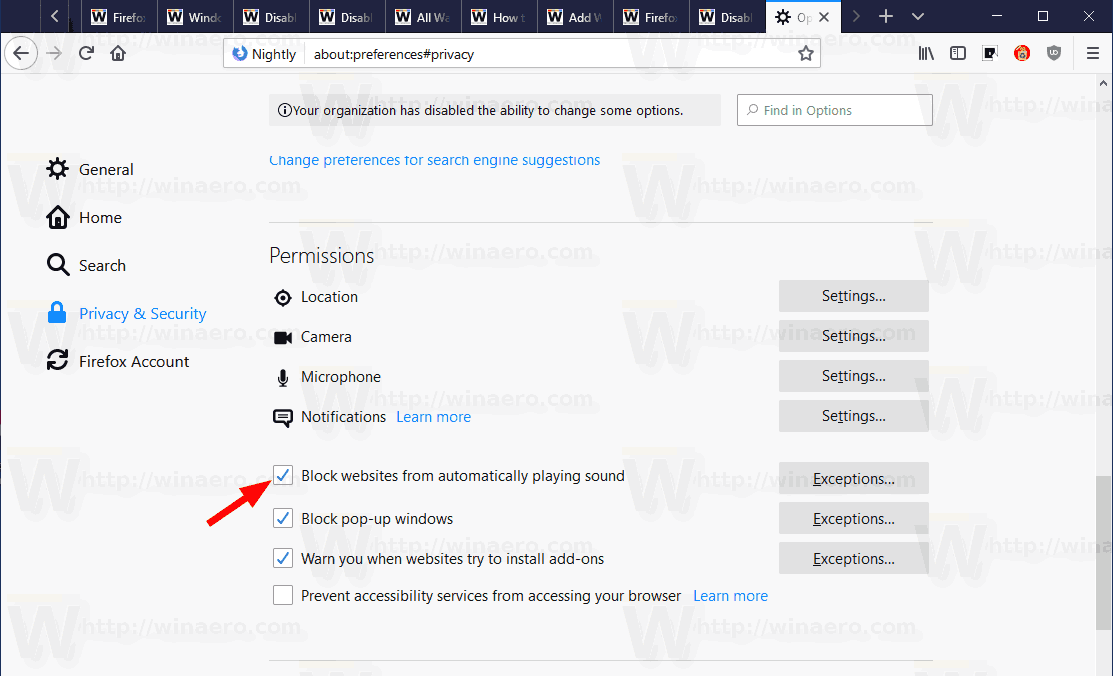 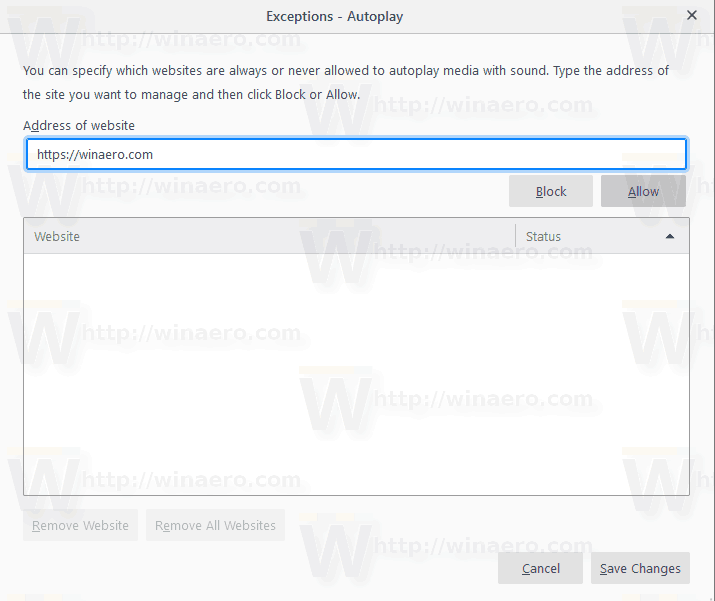 The autoplaying sound blocker will be initially enabled by default for only 25 percent of Firefox  66 users. An increase to 50 percent will be made at the end of the first week. Finally, it will be activated for all users at the end of the second week if no major problems are detected.

When Firefox will detect a web page trying to automatically play a sound, it will show a confirmation. There will be an option to remember the user's choice.

This can be quickly changed by using the Site Information flyout. 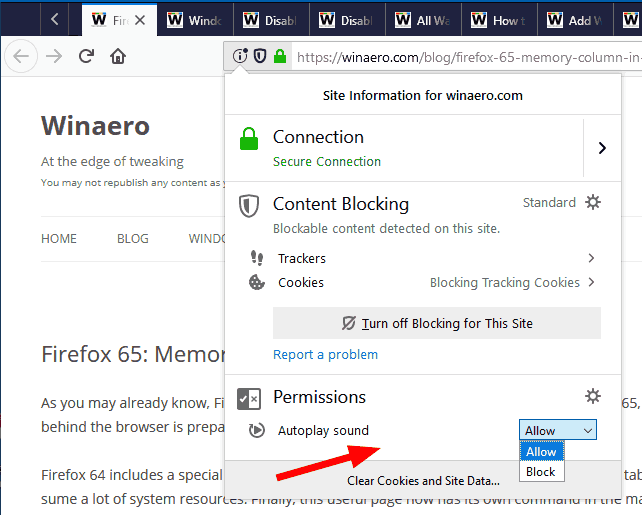 Starting in version 66, Mozilla Firefox will allow you to log in to your web sites and services by scanning your face or fingerprint using Windows Hello. For example, you can use facial recognition and fingerprint sensor to sign into Microsoft's OneDrive, or Outlook.com. 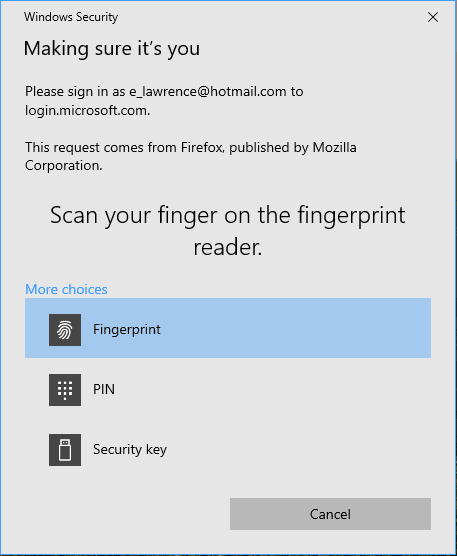 So, with the availability of Windows Hello, you will be able to log in to web sites and use web apps without typing your passwords.

With version 66, Firefox joined the Chromium-based browsers like Google Chrome, Opera, and Vivaldi which support AV1 out of the box. For Edge, Microsoft has released a special codec (available on the Store). The AV1 codec is now enabled by default on Windows in Firefox 66. With this change, Firefox will be able to play AV1 videos on YouTube and other streaming services.