When Windows 8 was released, many users who installed it got confused: there was no Start menu, and shutdown options were buried several clicks inside the Charms (which also is hidden by default). Unfortunately, Windows 8.1 is not a significant improvement in this regard, but it has some improvements to usability. Let's discover all the possible ways to shutdown, reboot and logoff in Windows 8.1

Click on the Settings icon. The Settings Charm will appear on the screen. Here you can access the Power button:

As mentioned above, pressing Win+I to directly show the Settings charm is much faster. Press the Win+I keys together on the keyboard to do that. 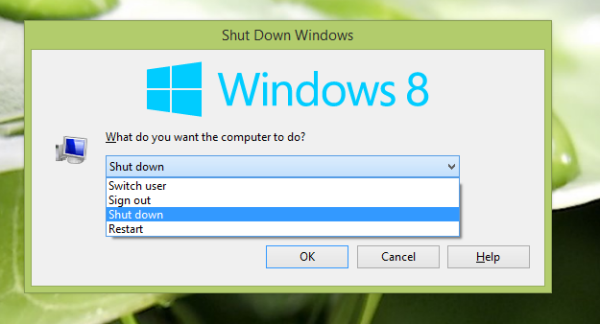 It contains a dropdown list where you can specify the desired action.

Tip: You can create a shortcut to the Shut Down Windows dialog which you can click using the mouse, so you don't have to use the keyboard. See how.

Option three: The Win+X menu In Windows 8.1, Shutdown options have been newly added to the Win+X menu. The Win+X menu, also known as "Power Users menu" will be displayed if you press Win+X keys together on the keyboard. 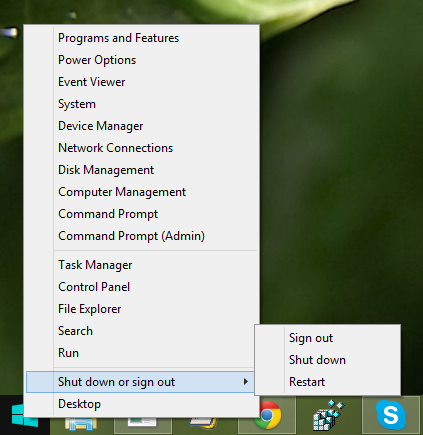 In Windows 8.1, this menu also shows when you right click the Start button.

Option four: Slide to Shutdown feature This feature is there since the Windows 8.1 Preview. It is sometimes claimed as a "hidden secret" feature by some incompetent writers but there's nothing secret about it really, it's there for PCs and tablets with Connected StandBy. Connected Standby is a power management feature similar to what smartphones have. When you press and hold the power button, the Slide to Shutdown screen shows which you can drag to the bottom using the mouse or finger. Many Desktop PCs do not support the Connected Standby sleep state, and mine is not an exception either: 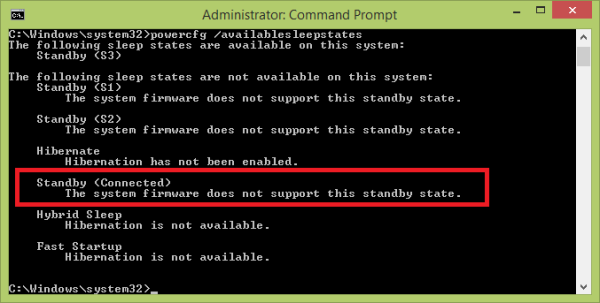 Well, that just means that you can't invoke the Slide to Shutdown feature by pressing and holding down the power button. But nothing stops you from directly running the file at least in Windows 8.1:

It will produce the following interface: 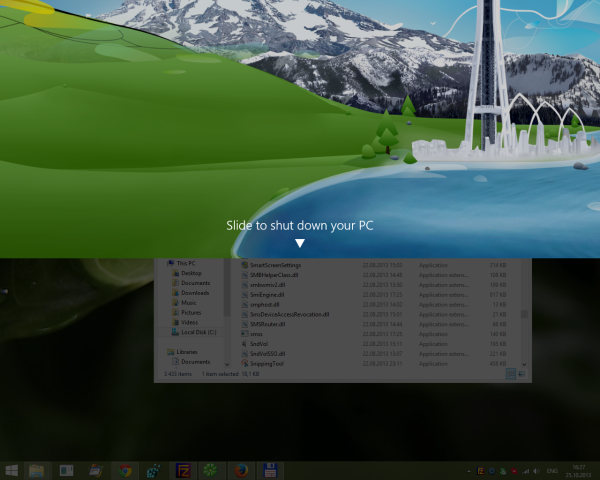 If you click on the thick panel at the top of the screen, your PC will shut down.

Option six: Starting with Windows 8.1 Update 1, you can shut down your PC using the Shutdown button on the Start screen.

That's it. Share with us, which shutdown method is your favorite one. :D

8 thoughts on “Do you know all these shutdown options in Windows 8.1?”