The change is scheduled for 2022. Initially, Windows Terminal will become the default console for Insiders. After some period of testing, the Redmond software giant will roll out it to everyone. Unfortunately, Microsoft did not give exact dates.

If you want to try how Terminal performs as the default console, you don't need to wait. Both stable and preview versions of the app support that option in Windows 11. Even Windows 10 users can do the same.

To set Windows Terminal app, open the Settings app and head over the Privacy & Security > For developers. There, select the default console app under the Terminal section. 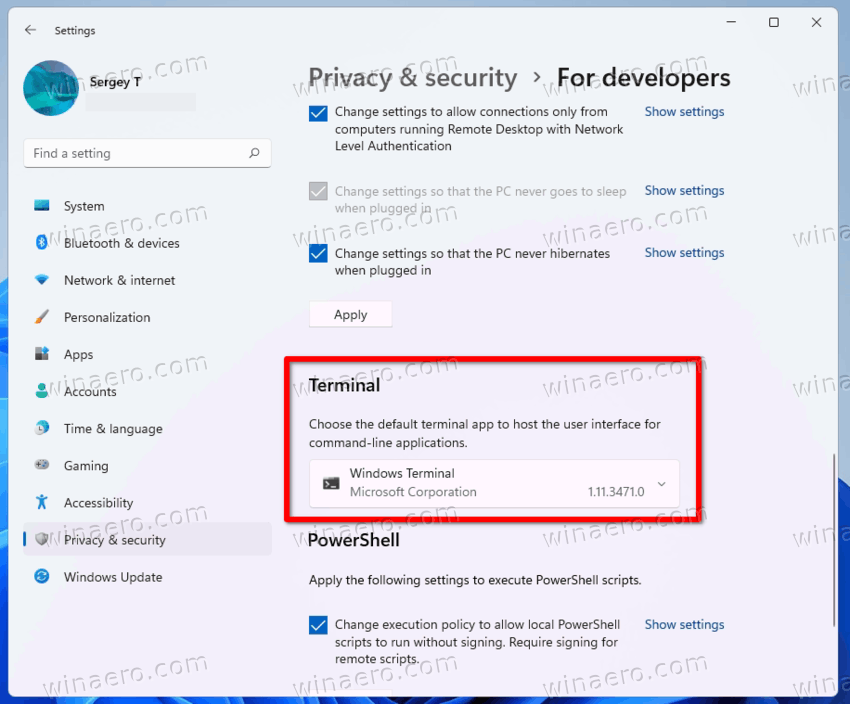 Another option is to set from within the Windows Terminal app itself. The appropriate option exists in its settings. Check out the following screenshot. 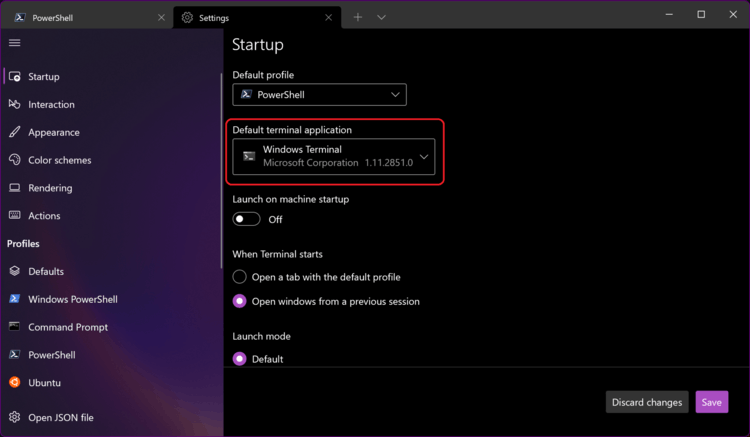 Having Windows Terminal set as the default console host will improve productivity of users who often work with command-line tools. They will benefit from having PowerShell, Command Prompt and WSL running simultaneously in one window but in different tabs. Windows Terminal is also highly customizable and offers rich text output, hotkeys for most of its actions, and great performance.