As you may remember, Microsoft recently moved Notepad to the Store, so it will receive updates independently from major operating system releases. It looks like Microsoft has silently added an update notification system to the Notepad app, so it will be able to warn you when an update becomes available right from its user interface.

Currently, Notepad receives updates via Microsoft Store, this means you can uninstall or install it on demand. When you open Notepad for the first time in your user Account, it will appear almost in the center of the Desktop.

Notepad is one of the classic Windows apps that didn't receive a lot of updates until Windows 10 Build 17661. In recent Windows 10 releases, Notepad can handle large text files without issues, comes with performance improvements, and also received the following capabilites.

In addition to the above, Notepad is now able to check if an update package available. If it detects a newer version, it displays a notification banner like this: 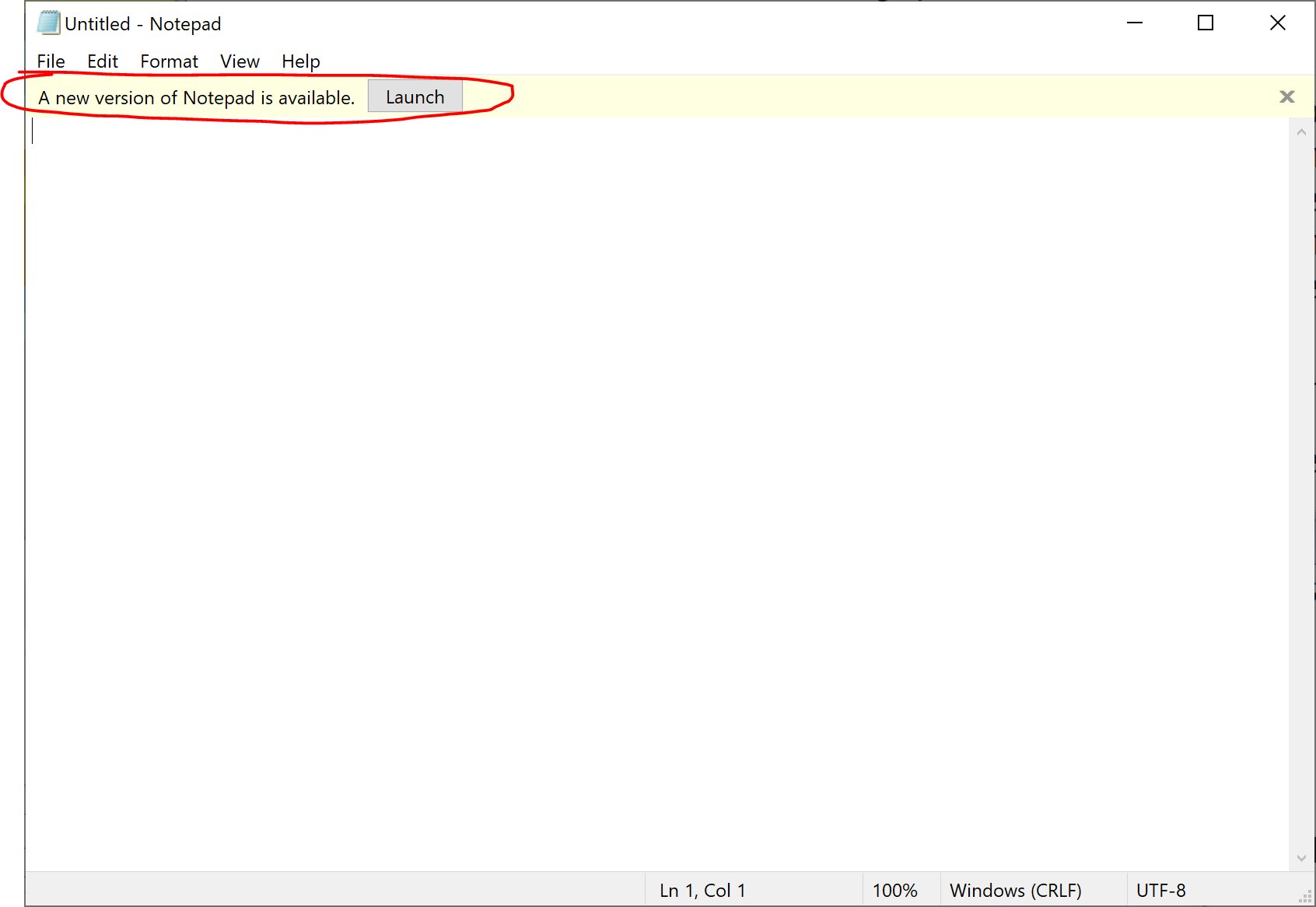 From the above screenshot we can guess that Windows 10 has installed an update from the Microsoft Store, and now offers the user to switch to that newer app version.

This change is spotted in Windows 10 Build 21376, which was recently released to Insiders in the Dev channel. It is not clear why the OS didn't restart Notepad automatically like it does for other Store apps. Probably, something prevented it from relaunching the app, e.g. unsaved user data or something like that.

Microsoft hasn't officially announced this change yet. Perhaps soon the software giant from Redmond will shed some light on how this update mechanism works for Notepad.