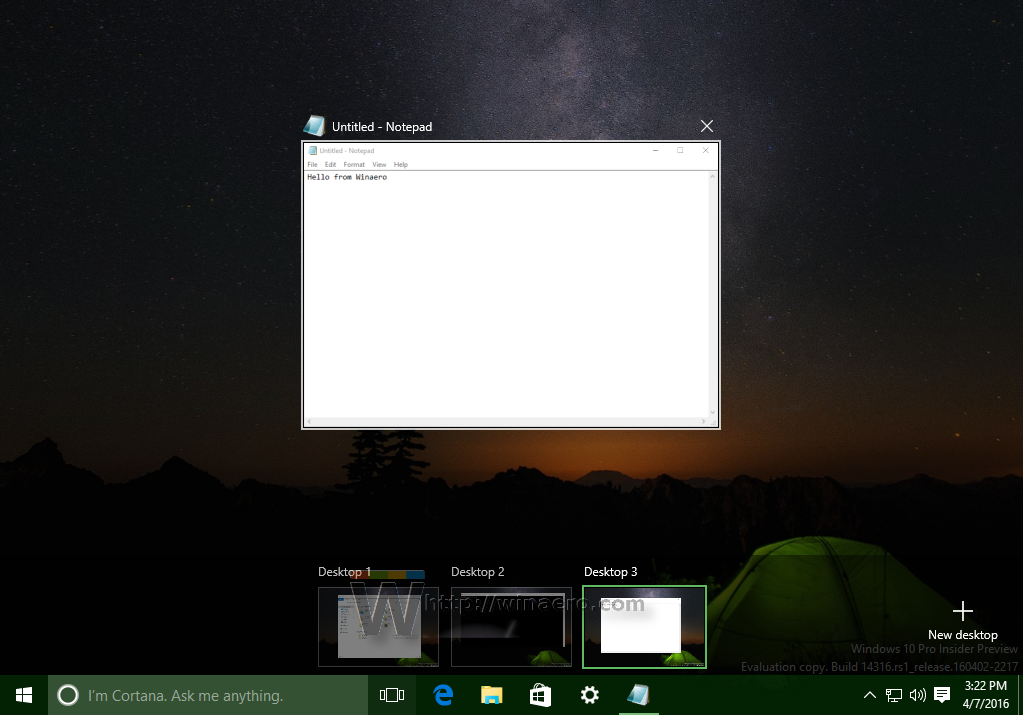 Windows 10 provides a number of ways to access the Task View feature.  Task View appears as a button on the taskbar. When you click it, it opens a full screen pane which combines windows you've opened on every virtual desktop. It allows creating new virtual desktops, re-arranging windows between them, and removing virtual desktops. Also, it has close integration with Timeline in recent versions of the OS.

The keyboard shortcuts is another more effective and productive alternative to the mouse.

In addition to them, you can add a special context menu command to your folders. After that, you will able to open Task View quickly from the directory background context menu of any folder in File Explorer, including your Desktop. 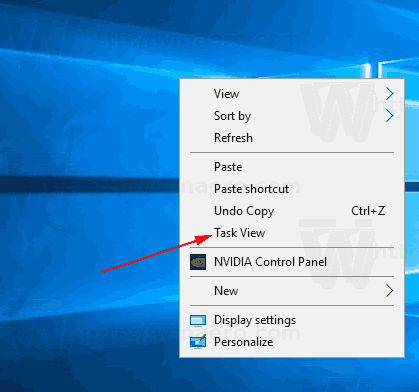 If you find this idea interesting, follow the steps below.

To add the Task View context menu in Windows 10, do the following.

The Registry files will create the following subkey:

See how to go to a Registry key with one click.

The command subkey of this key will use the following command: 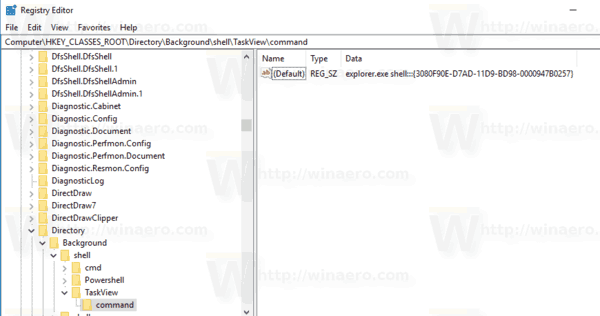 The command above is a special shell: command which allows opening various Control Panel applets and system folders directly. To learn more about shell: commands available in Windows 10, refer to the following article: