Starting in Edge 87.0.663.0, the browser has received one more earlier planned feature - the ability to pin open websites to the Start menu. It is a nice addition to the ability to pin URLs to the taskbar, which exists in Edge for quite a long.

For pre-release versions, Microsoft is currently using three channels to deliver updates to Edge Insiders. The Canary channel receives updates daily (except Saturday and Sunday), the Dev channel is getting updates weekly, and the Beta channel is updated every 6 weeks. Microsoft is going to support Edge Chromium on Windows 7, 8.1 and 10, alongside macOS, upcoming Linux and mobile apps on iOS and Android. Windows 7 users will receive updates until July 15, 2021.

Microsoft has mentioned the site pinning feature in the latest roadmap for the Edge browser. 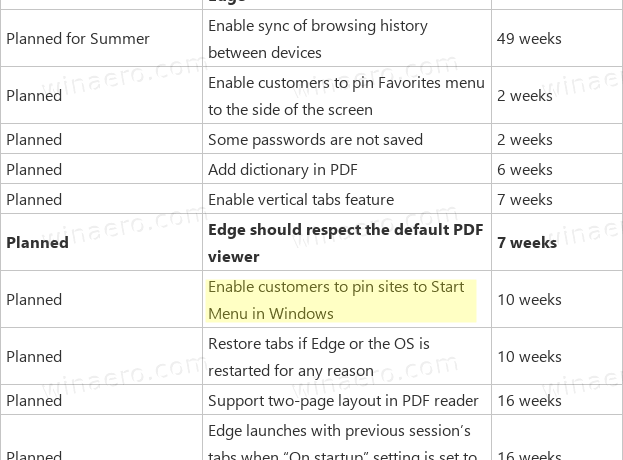 So, now the feature is already available in the browser.

To pin a website to Start menu with Microsoft Edge in Windows 10,