Microsoft has announced that Windows Insiders can test out the Xbox Controller Bar. It is a different version of the Xbox Game Bar created specially for game controller users. Currently, the new feature is only available to Windows 11 Insiders on the Dev and Beta channels. 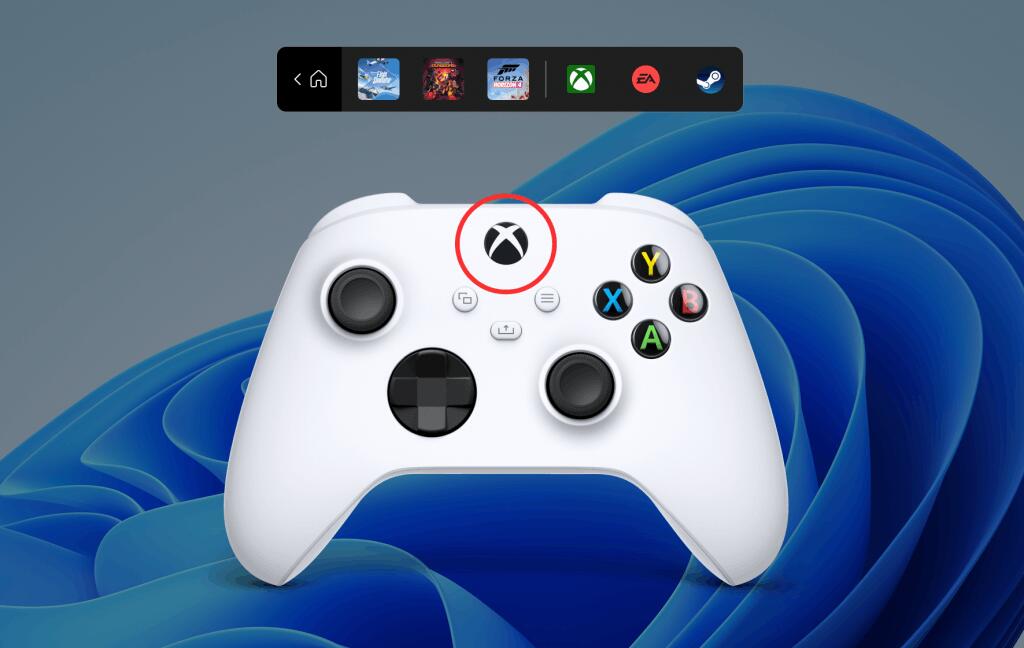 The new app allows you to quickly start one of your recent games. When no game is running, press the Xbox button on the controller. It will open a simplified menu with icons for the three most recently played games and several game launchers. The button works like a global keyboard shortcut, so you can use it in any app.

If a game is running on the computer, then pressing the Xbox button will open the traditional Xbox Game Bar with all its icons and widgets. It also opens with the default Win+G keyboard shortcut.

If you want to give a try to the Xbox Controller Bar, you need to install Windows 11 Insider Build 225XX (or later). Also, you must sign up for the Windows Gaming preview on the Xbox Insider Hub app. In addition, you may need to update the Xbox Game Bar app; you need version 5.722.5022.0 or higher. Use the Microsoft Store to update it. Finally,  restart your computer for the feature to become available.