Microsoft today released the first “19H1” build for Skip Ahead Insiders along with a new Redstone 5 build for Insiders in the Fast Ring. The builds come with several new features including new Microsoft Edge Group Policies, an improved Kiosk Setup Experience, and include 157 new emoji. Here are the other changes in these builds.

Note: According to Microsoft, the new RS5 and 19H1 builds are "largely the same". That is why the Windows Insider team published shared release notes for the builds 17723 and 18204.

In the past you probably fumbled about or removed your headset, which can be clumsy if you have controllers in your hands.

Today we are excited to announce that we are adding the ability to peer into your physical environment through Flashlight – without removing your headset! With the latest Windows Insider Program build, you can open a portal into your real world at any time via the Start menu, a button shortcut, or a voice command. This opens a low-latency pass-through camera feed connected to your controller. It’s comfortable, intuitive, and keeps you immersed. 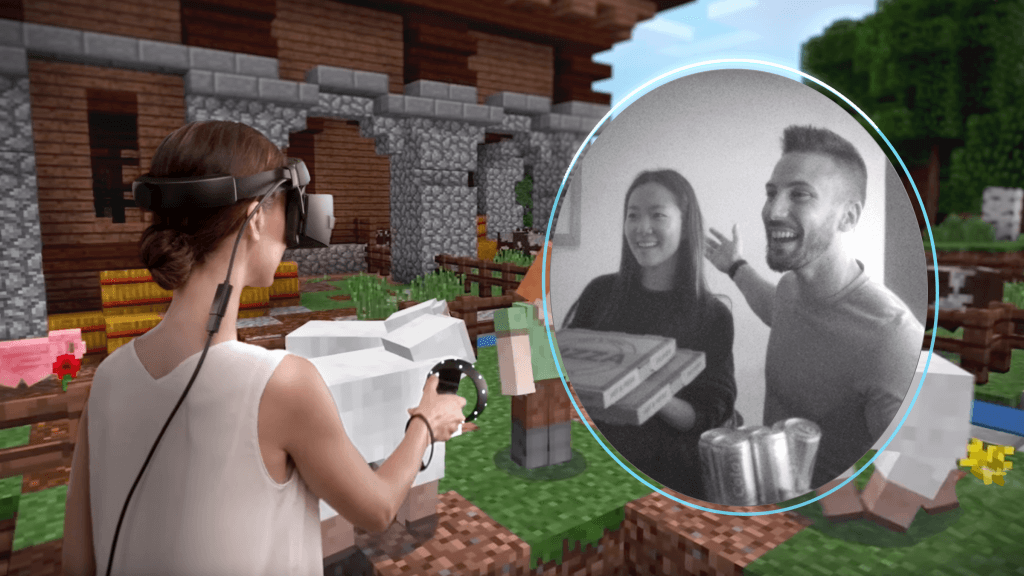 Flashlight finally allows you to mix your physical and virtual realities. Give it a try in this week’s Insiders build and let us know what you think!

Retired XSS Filter: We are retiring the XSS filter in Microsoft Edge beginning in today’s build. Our customers remain protected thanks to modern standards like Content Security Policy, which provide more powerful, performant, and secure mechanisms to protect against content injection attacks, with high compatibility across modern browsers.

Hope you enjoyed World Emoji Day, last week! For those who haven’t already heard, Unicode 11 comes with 157 new emoji – as of today they’re now available for Insiders to try in the build. Including superheroes, redheads, a softball, a pirate flag and a llama all made the cut. You can access them using the Emoji Panel (WIN+.) or the touch keyboard. 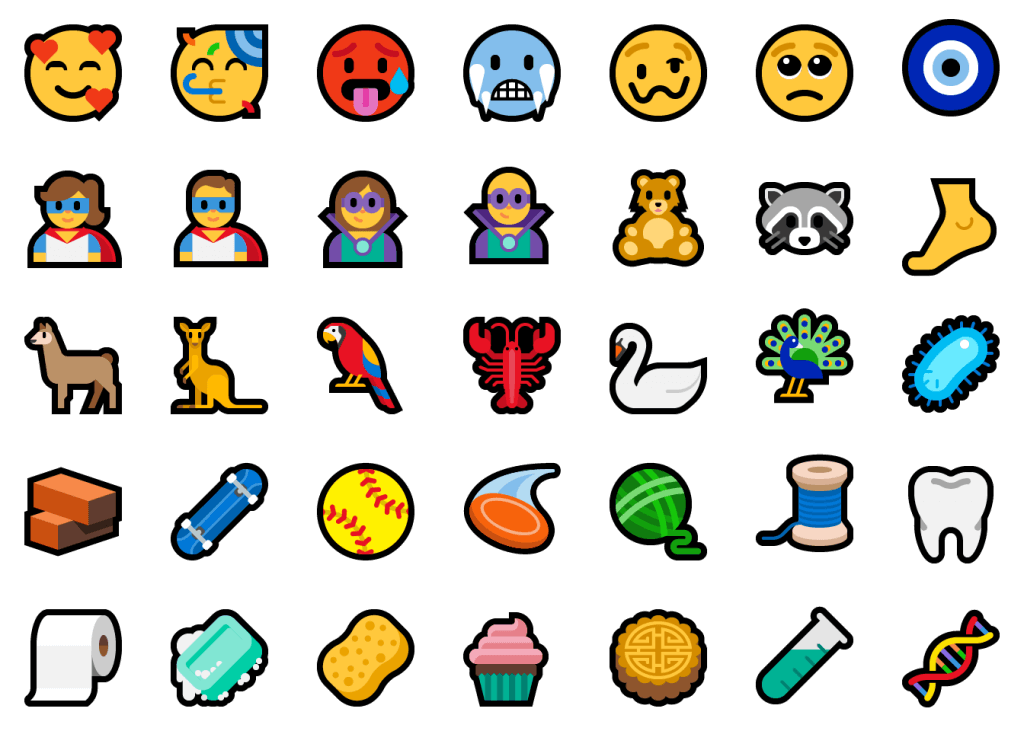 When you get today’s build, you’ll also find that we’ve made tweaks to some of our existing emoji – here are some examples:

Our ninja cats got a bit of love too – can you spot the difference?

If you have any feedback about our emoji and emoji typing experiences, please let us know! We’d love to hear it.

Note: The Emoji Panel is currently available for 190+ locales. Keywords and tooltips for the new emoji in today’s build are not yet implemented.

For a full write up with more details about these new improvements, please see our announcement here.

We have introduced a simplified assigned access configuration page in Settings that allows device administrators to easily set up their PC as a kiosk or digital sign. This new page provides a wizard experience that walks you through the kiosk setup flow including creating a kiosk account that will automatically sign in on device start.

Please go to Settings, search for assigned access, and open the “Set up a kiosk” page to give it a try. We would love to hear your feedback! Let us know via the Feedback Hub. 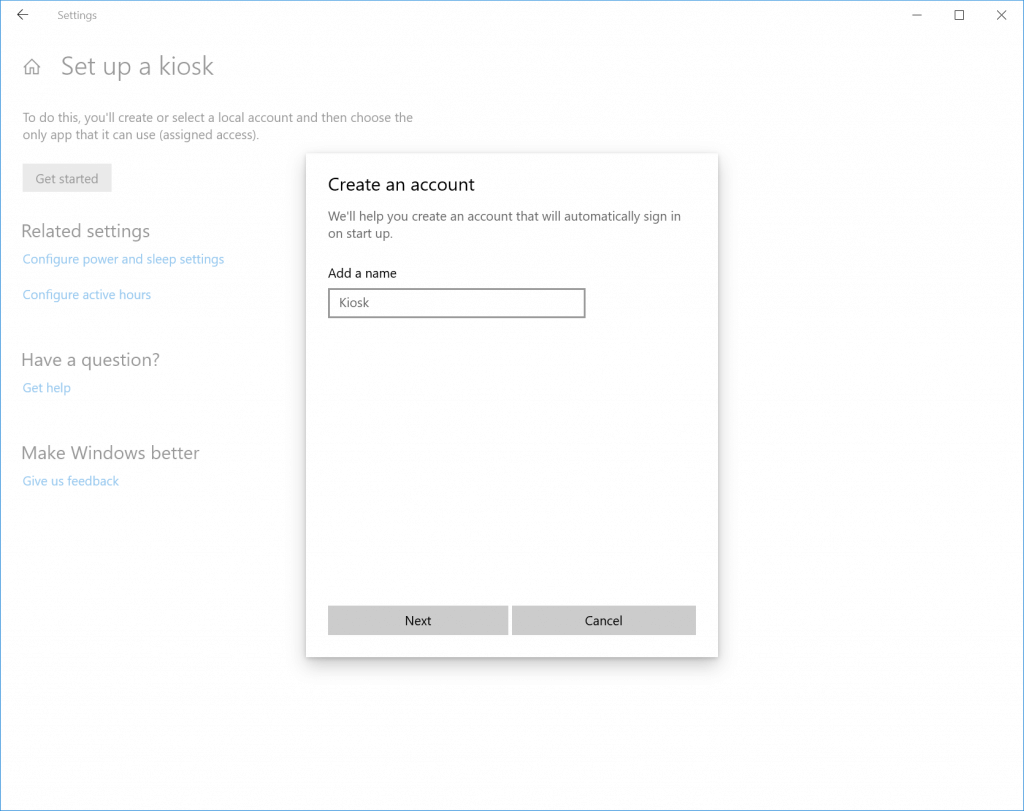 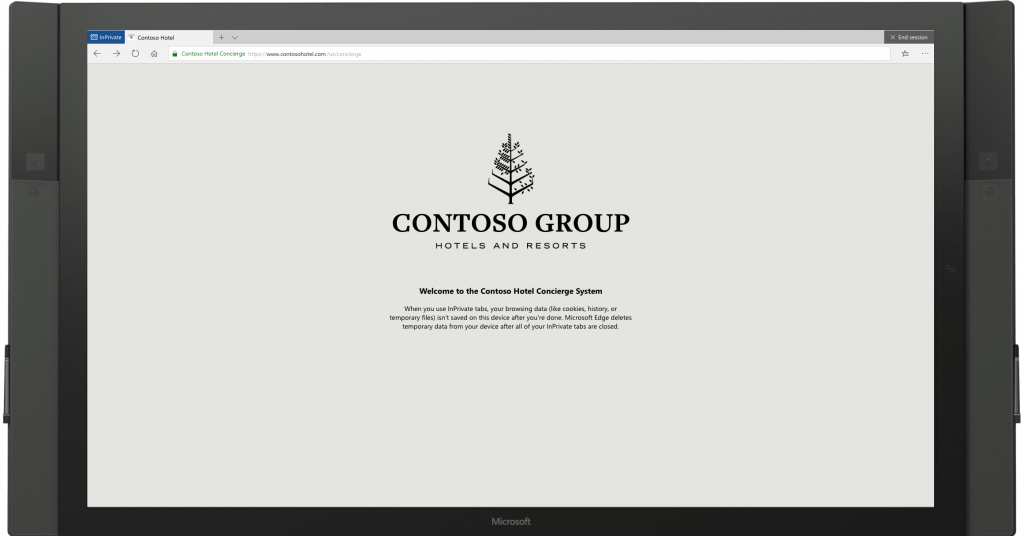 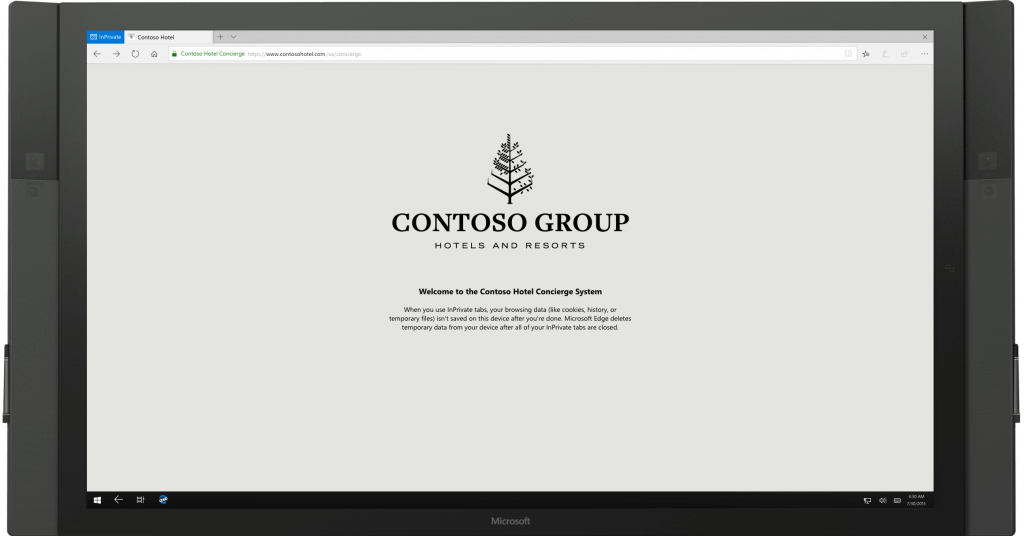 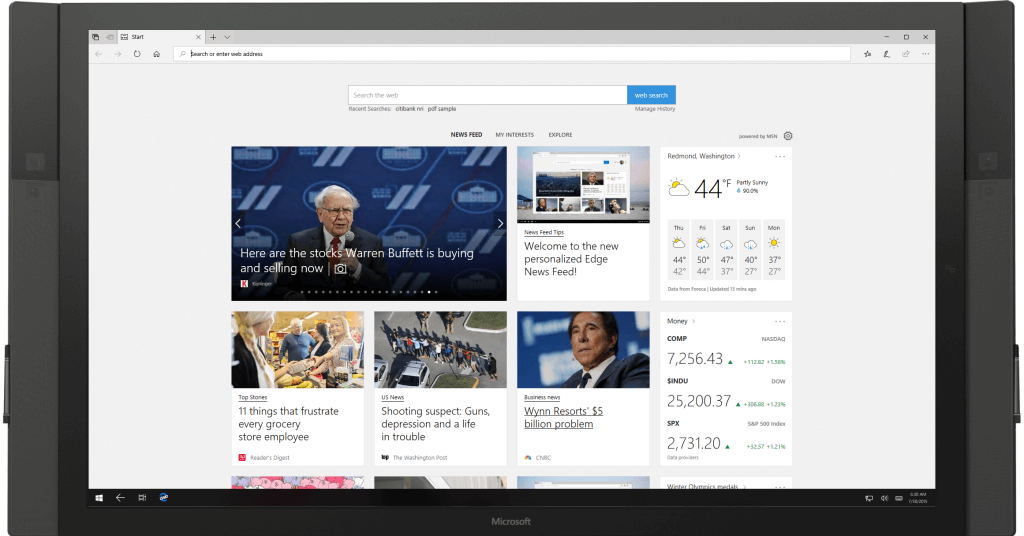 Have you ever had to stop what you were doing, or wait for your computer to boot up because the device updated at the wrong time? We heard you, and to alleviate this pain, if you have an update pending we’ve updated our reboot logic to use a new system that is more adaptive and proactive. We trained a predictive model that can accurately predict when the right time to restart the device is. Meaning, that we will not only check if you are currently using your device before we restart, but we will also try to predict if you had just left the device to grab a cup of coffee and return shortly after.

How Accurate is this Model?

We’ve been using this model on internal devices, and we’ve seen promising results upon rollout.  Due to the nature of its architecture, we’re able to update the model with minimal turnaround time based on our insights from its performance. It’s all thanks to our cloud infrastructure.

How Do You Give Us Feedback?

If you find your device restarting at the wrong time, please file a bug in the feedback hub with the details on your experience. (i.e. I went to grab a cup of coffee for 5 minutes and it updated!). We would love to hear your stories and take it into account when training our update model.

In RS5, we’re making it easier to access the Game bar. In this flight, you can now discover Game bar from the Start menu or bring up Game bar by using the Win + G shortcut at any time.