The upcoming Windows 10 Fall Creators Update will allow you to track GPU usage and performance using Task Manager. GPU stands for Graphics Processing Unit - the chip in your PC that handles graphics. The faster your GPU is, the better performance you get for playing games, video playback, screen capture and rendering everything on the screen. If the software you are using supports hardware acceleration, then the performance is even better.

Windows 10's Task Manager has some nice features, like a performance graph and startup impact calculation. It is able to control which apps launch during startup. There is a special "Startup" tab which is designed to manage apps that load when Windows boots.

Starting with build 16226, Windows 10 got the ability to track GPU usage performance in Task Manager. The updated app looks as follows: 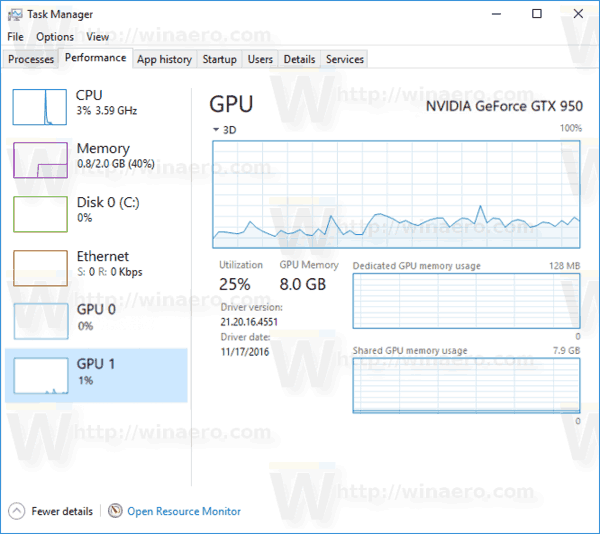 As you can see in the screenshot above, the Performance tab of Task Manager comes with a new section. It shows GPU utilization information for every installed graphic adapter.

By default, the graph is shown in Single Engine mode. It is possible to switch it to the Multiple Engine mode. Then it will display a separate graph for: 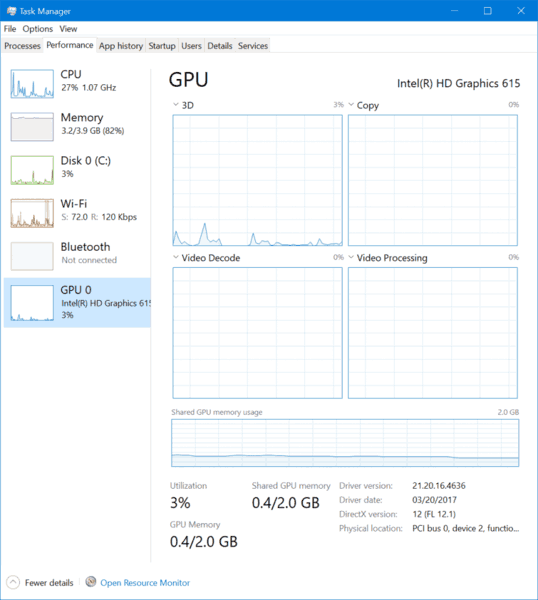 In addition, you can enable GPU and GPU Engine columns on the Processes tab to see GPU utilization per process.

Right-click on any column in the list of app entries on the Startup tab. There, enable the relevant columns. 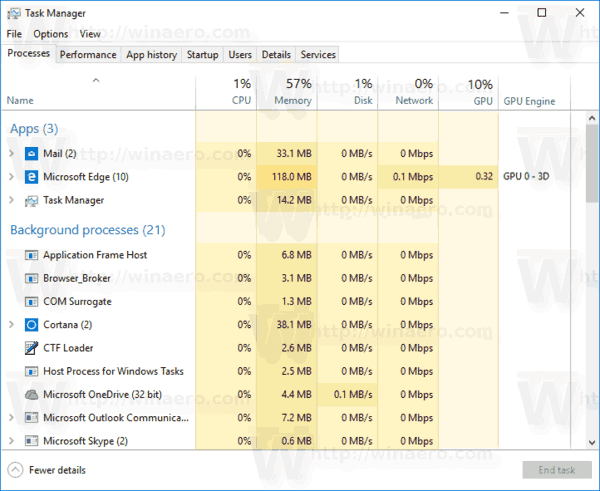 The number of apps that make extensive use of the GPU is increasing by the day, so it is very useful to have GPU monitoring ability in Task Manager.

You are here: Home » Windows 10 » How to Track GPU Usage Performance in Windows 10