Microsoft today announced that they managed to resolve the upgrade blocking issue for Windows 10 version 1909 and some older releases of the OS causes by the Realtek Bluetooth Radio driver. 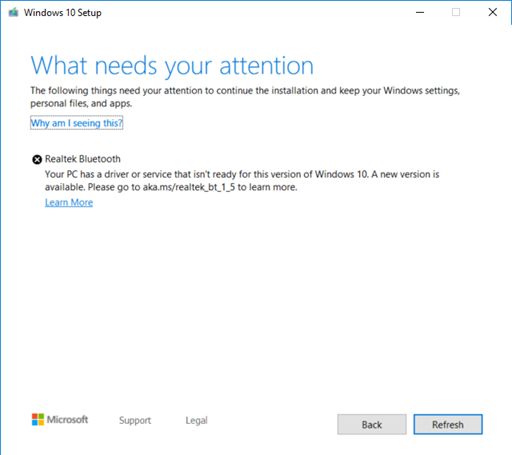 Microsoft had set a compatibility hold on such devices, but has removed it as of now.  The updated list of known issues states:

So, affected devices should receive a new version of the driver automatically and then offered to install Windows 10, version 1909 or 1903.