Two days ago Microsoft released a new Fast Ring build from the 20H1 branch. The released Windows 10 Build 18999 appears to come with a bug that prevents the operating system from shutting down and restarting by putting it in a deadly loop.

Windows 10 build 18999 represents the upcoming version 2020, code named 20H1. The build was released to Insiders in the Fast Ring. It includes the ability to make calls with the Your Phone app, and a number of fixes and improvements. 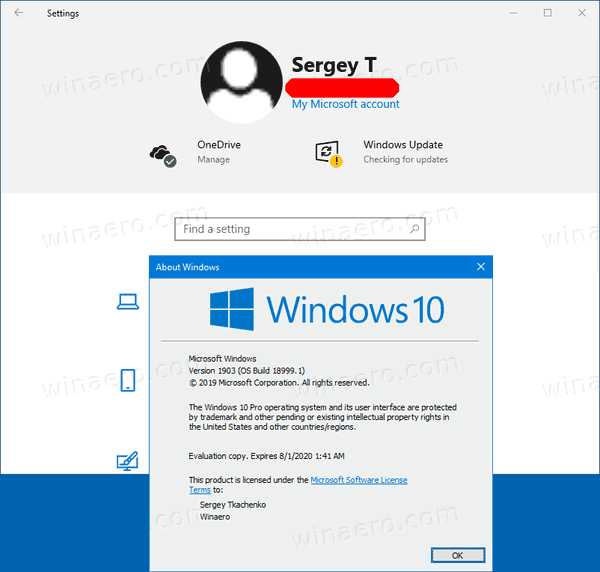 With this release, the resizable Cortana feature becomes available to a larger number of users. The list of general fixes and improvements for this build includes plenty of changes.

However, there is an issue with this new build, which I can confirm myself. When you shut down the OS, it just hangs. This currently happens to my PC. Here is a workaround that you could try. There are three different solutions which were reported by a number of users.

To Fix Windows 10 Build 18999 Hangs on Shutdown and Restart,

Some users report that Windows was able to find and fix some errors, and behaves as expected after that. This didn't help me.

An alternative solution - a shutdown shortcut

Now, try to shutdown the OS using the shortcut you have created. This solution also didn't help me.

An alternative solution - shutdown the OS from the lock screen

This is the only method that worked for me. I am expecting Microsoft to fix it with the next build of Windows 10 '20H1'.